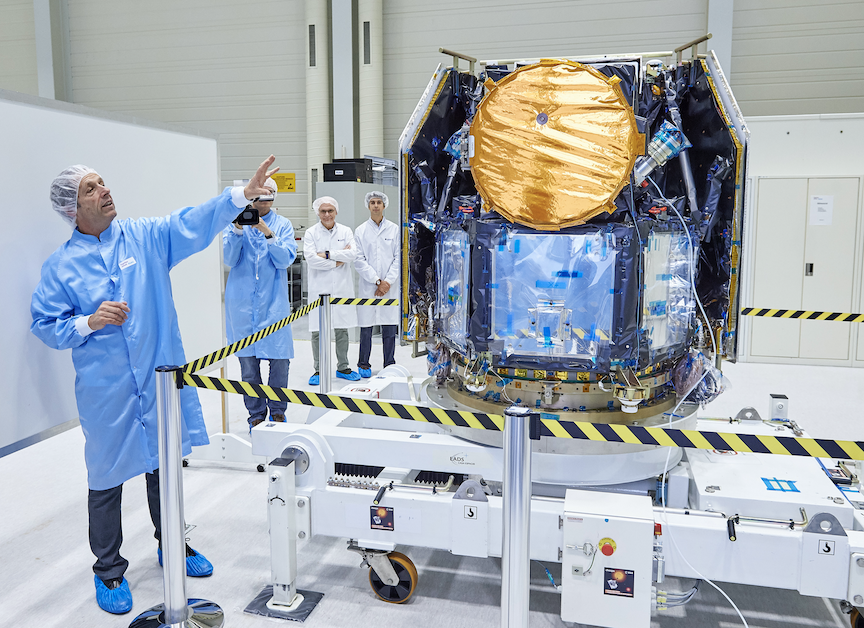 The European space telescope CHEOPS will launch into space as soon as a new launch date is determined after the launch was scrubbed on December 17, carrying RUAG Space supplied electronics for the satellite. RUAG conducted final tests of their equipment at the Test Center in Zurich, Switzerland.

The European research satellite CHEOPS (CHaracterising ExOPlanets Satellite) was developed under the direction of the University of Bern and the ESA. The CHEOPS mission is dedicated to the characterization of exoplanet transits. The telescope will observe how planets pass in front of their mother star in other solar systems and support the search for potentially life-friendly planets. 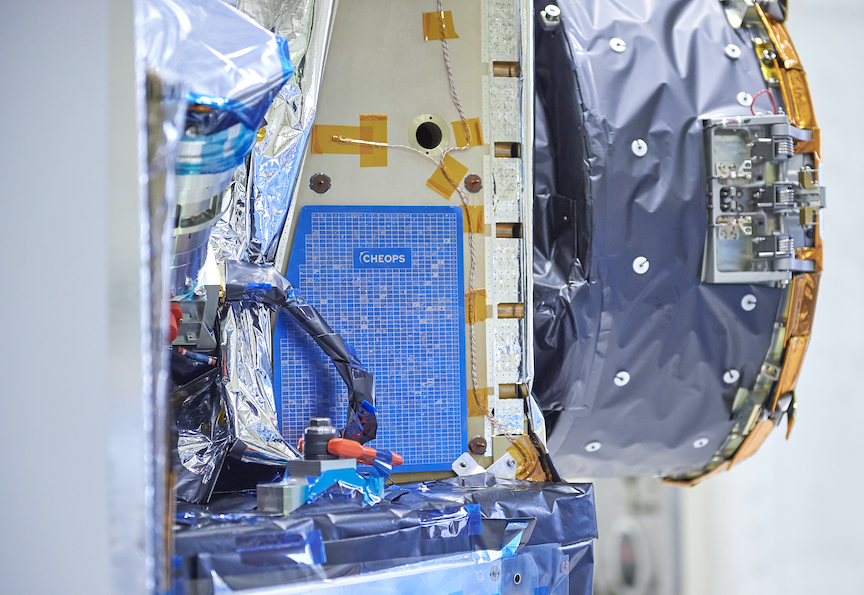 Plaque with over 2700 children's drawings, which will fly into space with the satellite. ©: Adrian Moser

RUAG Space technology is also on board: the space company supplied electronics for the optical sensor in the CHEOPS telescope. One of the final tests of the European Space Agency's (ESA) research satellite took place last summer at RUAG Space's test facility in Zurich, Switzerland.

RUAG Space developed the electronics for the high-precision and stable voltage supply of the optical sensor in the CHEOPS telescope and the heating elements required to stabilize its temperature. Together with the data processing electronics developed and built by the Graz Institute for Space Research of the Austrian Academy of Sciences, it forms the so-called back-end electronics.

The tests performed on CHEOPS are important to confirm the robustness of the complete satellite. Peter Guggenbach, CEO RUAG Space. said that the launch of the rocket triggers strong vibrations and the journey into space can also become turbulent. These tests are essential for the satellite to survive its journey through the atmosphere undamaged.  CHEOPS was the first complete satellite for a test in Switzerland.