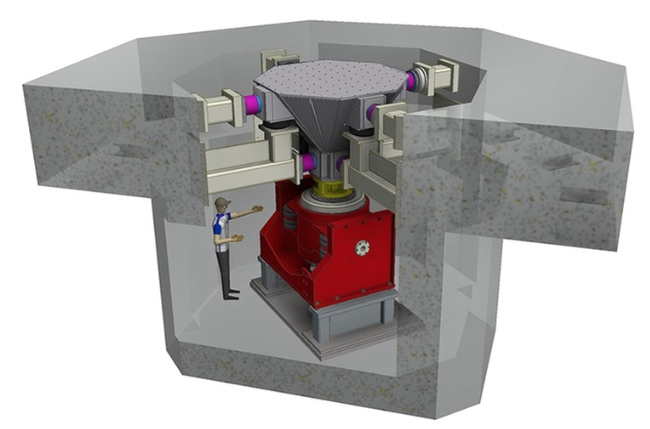 The UK is taking their space industry plans to the next step with contracts worth £19 million for the first of the major facilities—the National Satellite Test Facility (NSTF) which is to be built and operated by STFC’s RAL Space on behalf of the UK government.

The contracts are the first steps in meeting the UK space industry’s need for a set of co-located world-class facilities for environmental testing of space payloads and satellites. The three successful contractors will supply the large space test chamber, vibration facility and the combined electromagnetic compatibility (EMC) and antenna measurement system.

Satellite test facilities at this scale, in one location do not currently exist in the UK. Once operational in 2021, the NSTF will provide the space sector across the UK with all the major testing facilities they need under one roof, without incurring expensive international shipping costs.

The NSTF will expand and complement the existing RAL Space facilities at the heart of the Harwell Space Cluster. This major national infrastructure will support the UK’s space sector as it seeks to capitalise on the estimated 3,500-10,000 satellites that are due to be launched by 2025.

Sean Stewart, NSTF Project Manager, RAL Space said, “Alongside the existing RAL Space assembly, integration and validation facilities, the NSTF will put all the test equipment needed by industry and academia in one place and accessible to everyone. Awarding these contracts is one of the early and hugely significant milestones towards building the NSTF.”

The large space test chamber will be built by Angelantoni Test Technologies and delivered in 6 large loads to be assembled on site at the NSTF. With an internal, usable size of 7m diameter by 12m long, the chamber will be the largest of its kind in the UK and amongst the giants of Europe. It has a temperature range of 95K to 400K, providing the conditions needed to test a variety of complex science missions as well as commercial satellites for Earth orbit.