Co-founder and CEO of the company, Andy Bowyer, feels that the interest shown in Kleos’ by investors is reflective of the worlds current desire to advance space-powered intelligence, particularly in Australia. Backed by the Luxembourg government, the company’s satellites will be able to locate radio transmissions from anywhere on Earth, detecting where the transmission was transmitted from... and when. 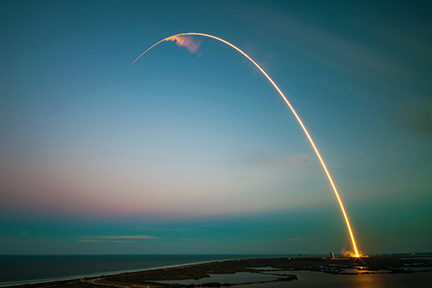 Plans to construct the company’s first satellites are already underway. After the successful first mission, Kleos hopes to grow their number of satellite systems and strengthen the company’s service offering. In May, the federal government introduced a new legislation aimed at growing Australia’s satellite launch capability, and announced it will provide $26 million to establish a national space agency. In 2017 the Government also pledged to invest $500 million in improving Australia’s space-based Intelligence, Surveillance and Reconnaissance (ISR) capabilities.

Andy said that the capital raising had significant interest from Australian based institutional groups. The company's listing comes at a time where governments around the world are seeking new technology to protect their borders — the company believes Kleos will provide a solution. When ships turn off their transponders at sea, the firm's satellites can capture the ships other transmission activity from space. This other data is critical for governments and will give them the ability to track ships used by drug and people smugglers, terrorists, pirates, illegal fishermen and those in need of search and rescue..

Mr. Bowyer added that the firm has a Non-US (rest of world) first mover advantage to work with governments and commercial information users in the global $41 billion Intelligence Surveillance Reconnaissance (ISR) market. The firm then aims to scale their customer base into wider non-maritime and non-defense markets, such as environmental protection, search and rescue services and insurance services. Kleos Space recently signed an $3.5 million agreement with Nasdaq-listed GomSpace, who will deliver the company's first satellite system by mid 2019. The company is also in early stage discussions with a number of high profile space race contenders who have the ability to launch Kelos satellites into orbit.

Andy continued and said the firm is aiming for 20 satellite systems in LEO until there is continuou, worldwide coverage. This improves the company’s service offering by providing surveillance across a number of markets, with near real-time information tailored to a customer’s needs.

Peter Round, Chairman of Kleos Space and ex Capabilities Director at the European Defence Agency, hopes that the Australian Government will become one of their future customers in the company’s regional expansion plans. He noted that with Australia’s large coastline borders under the constant threat of people smuggling and illegal fishing, the firm's satellite technology offers an alternative to current land-based solutions, which are expensive, technically limited by range, and subject to counter threats. It is clear that Australia is seeking new technologies to support its defense operations, border protection and humanitarian missions, and Kleos Space plans to leverage their Canberra based office to align with these Australian Government initiatives.