Inmarsat Searches For Next Gen Space Pioneers...Maybe You? 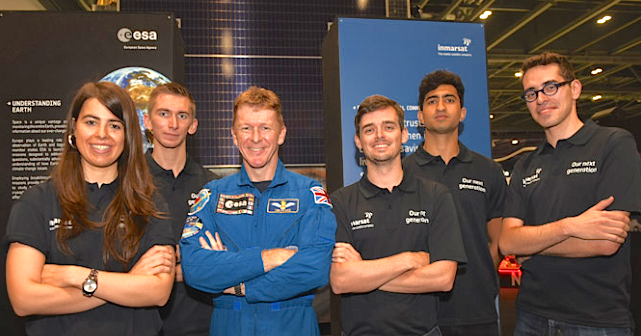 Announcing the company’s search for its next generation of ‘space pioneers’,  the company’s Chief Technology Officer (CTO), Michele Franci, emphasized that to remain a global leader, Inmarsat is focused on attracting world-class engineering talent.

The winning candidates, selected from UK and European universities, will have the opportunity to undertake a two-year placement with Inmarsat and the offer of a permanent position on the successful completion of the program.

Michele Franci, CTO of Inmarsat said, “We are looking for our next generation of engineers; STEM graduates who can help us pioneer in the rapidly evolving world of mobile satellite communications.  In return, we provide the opportunity for the successful candidates to contribute to real space engineering programs and to establish themselves alongside some of the leading engineers in the field of satellite communications.” 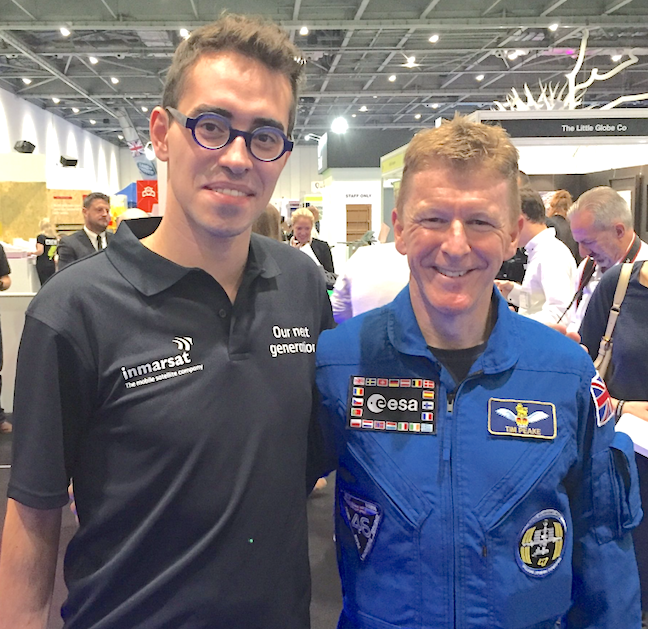 Applications for the 2017-2018 program were officially opened at New Scientist Live in the presence of Tim Peake and will close on January 31st,  2017. The successful applicants will join Inmarsat for their two-year placement in September 2017.

Those who join the program will have the opportunity to work across a range of specialized teams at Inmarsat, including space system development, system architecture and strategy, service and network engineering, spectrum optimization, cloud virtualization and satellite operations.  Predominantly based in London ay Inmarsat’s global headquarters, the role also offers opportunities to work in the company’s offices in the US and Europe.

Interested applicants will need a 2:1 undergraduate degree in a relevant subject; with engineering highly desired – should visit http://www.inmarsat.com/technology-development-program, where they will find a logic challenge, the solving of which forms the part of the application process.  The candidate’s answers, CV and covering letter should be sent to: development.programme@inmarsat.com

Part of Inmarsat’s first generation of TDP graduates, Guillaume Marrakchi, described his experiences as part of the program in a new blog.

I was one of the lucky five young graduates who joined the first generation Technology Development Program (TDP) in 2015.

So far, the TDP has given me the opportunity to work on challenging and fascinating projects at the forefront of space telecommunications, ranging from future space systems engineering to advance predictive traffic modeling simulations.

This was something I could only imagine doing as an aerospace engineering student back in university in Toulouse. Whilst there, I remember reading about the ‘new space era’ and about this thriving thirst for innovation in the space industry, especially in the domain of telecommunications. Now after only a year of rotations within Inmarsat, I definitely see this company as an exciting place to start a career and take an active part in this new era.

Guillaume’s full blog can be found at http://www.inmarsat.com/blog/working-at-the-forefront-of-space-telecommunications.