A new year and a new successful launch occurred for SpaceX 's  Falcon 9 Block 5 rocket with the Starlink 2 mega-constellation communications mission on its way.

Falcon 9’s first stage supported a Starlink mission in May 2019, the Iridium-8 mission in January 2019, and the Telstar 18 VANTAGE mission in September 2018.

The Starlink satellites each weigh approximately 500 pounds, and deploy at an altitude of 290 km. Prior to orbit raise, SpaceX engineers will conduct data reviews to ensure all Starlink satellites are operating as intended. Once the checkouts are complete, the satellites will then use their onboard ion thrusters to move into their intended orbits. 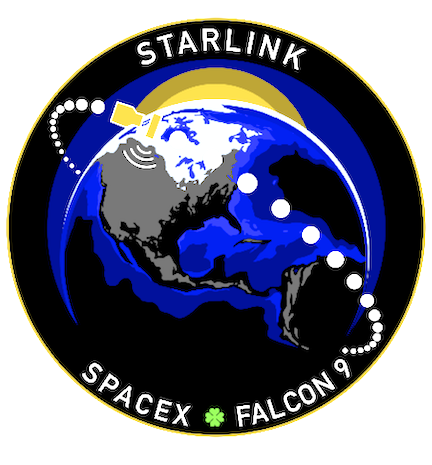 Starlink satellite flight operations take place in three phases: orbit raise, on-station service, and deorbit. After deployment, over the course of one to four months, the satellites use their onboard thrusters to raise from an altitude of 290 km to 550 km. During this phase of flight the satellites are closely clustered and their solar arrays are in a special low-drag configuration, making them appear more visible from the ground.

Once the satellites reach their operational altitude of 550km and begin on-station service, their orientation changes and the satellites become significantly less visible from the ground. On this flight, SpaceX is also testing an experimental darkening treatment on one satellite to further reduce the albedo of the body of the satellites.

Falcon 9 is a two-stage rocket designed and manufactured by SpaceX specifically for reliable and safe transport of satellites and the Dragon spacecraft into orbit. The Block 5 variant is the fifth major interval aimed at improving upon the ability for rapid reusability. 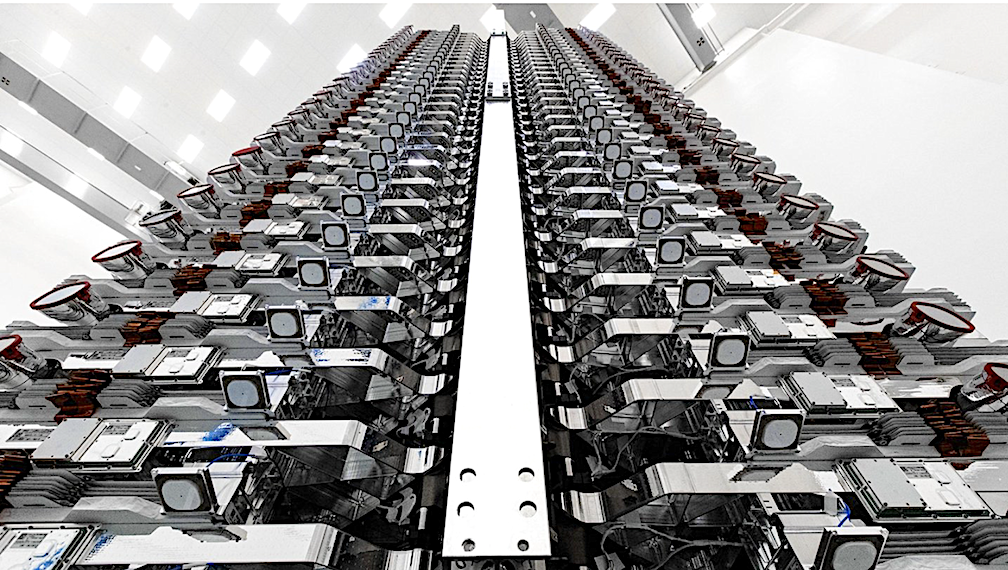 This photo reveals how 60 Starlink satellites look when packed into the nosecone of the Falcon 9 rocket. Photo by SpaceX.

Space Exploration Technologies Corp.,  (SpaceX), founded in 2002 by entrepreneur Elon Musk, is headquartered in Hawthorne, California. SpaceX has many pads located on the East Coast of the United States. The company owns SLC-40 at Cape Canaveral and LC-39A at the Kennedy Space Center specifically for their lower inclination launches. They also own SLC-4E at Vandenberg, California for their high inclination launches, and another site is also being developed at Boca Chica, Texas.