A Conversation With ... Krystal Dredge, Director of Marketing, AvL Technologies

Krystal Dredge is Director of Marketing for AvL Technologies, a leading antenna and positioner manufacturer that is celebrating a silver anniversary — the 25th year of a successful company is a major milestone for anyone in the industry.

Krystal has more than 16 years of product marketing experience in satellite and wireless communications, and most recently worked at Honeywell and EMS Defense & Space Systems in Atlanta prior to joining AvL in 2012. She holds a BSJ degree in Journalism from the University of Kansas and an MBA from Wichita State University. 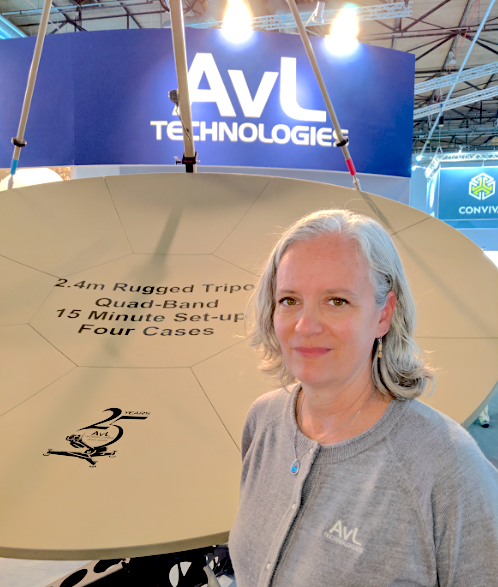 The unique factor of the AvL antennas is that they all are extremely transportable — easy to take apart, easy to put back together and well-engineered.

What is the focus of AvL Technolgies’ business efforts within the SATCOM/MILSATCOM environs?

The two realms are Broadcasting vs. MILSATCOM.  AvL actually tends to group military customers and broadcast customers together because both of these customers need high-end products that are reliable and can be used in rugged environments.

Does AvL have a specific technology focus for the smallsat market segments?

Krystal explained that instead of thinking of a focus in terms of the small satellites themselves, they think about the industry's needs in terms of orbits.

For instance, they are seeing more satellites being placed in MEO (Medium Earth Orbit) and LEO (Low Earth Orbit). As a result they are developing antennas that work well in those orbits. As a result at the end of the day, it’s not really about the size of the satellite, but rather how they’re going to track it, what frequency the satellites that are launched will be operating in, and such.

How does AvL provide support to O3b constellation / network? 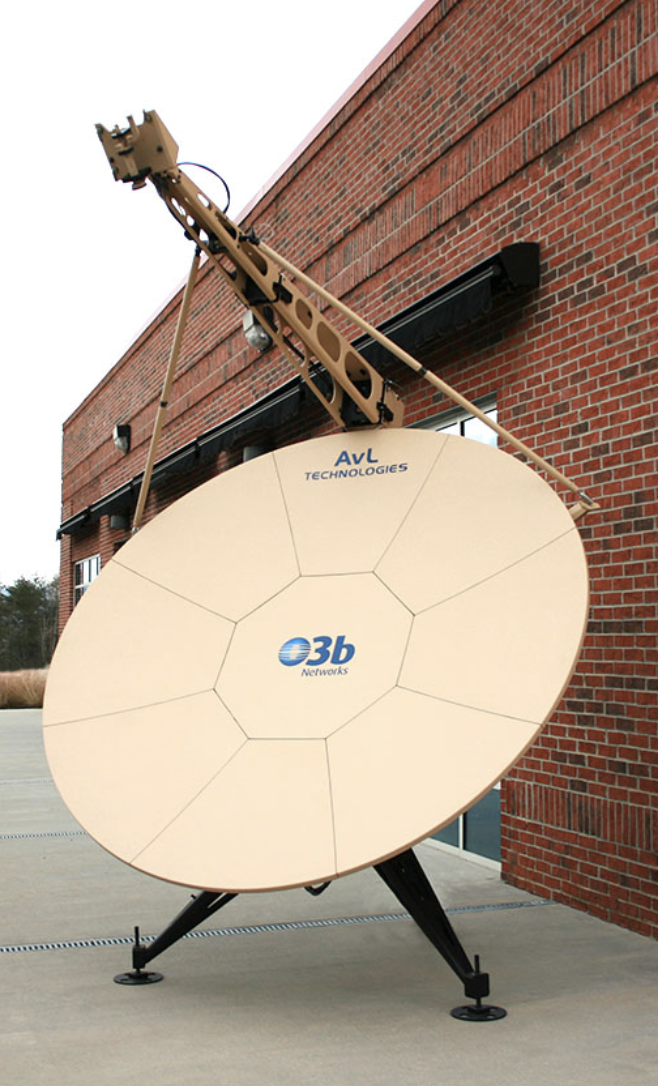 Krystal explained that they provide support to the O3b, which is a constellation in MEO satellites for broadband internet services that will be deliverable anywhere in the world.

The support for O3b, that AvL Technologies' provides is a set of tandem satellites — one antenna tracks the satellite up until a certain point, and then the link is handed off to the second antenna, resulting in the fact that one antenna is always linked to the satellite at all times.

AvL is developing an O3b option that would only require the use of one antenna, rather than the current tandem antenna method.

Their Rapid Retrace Terminal is a single antenna with a <7 second retrace enabling re-sync without disruption that is particularly important for their military customers that require encryption as an antenna must keep the gap time low in order to maintain an encrypted link.

Some examples of the other products that AvL has on display at IBC:

Flyaways — AvL flyaways are the most compact in the market; The 2.4m Manual FlyAway Military Antenna on display at IBC takes just 15 minutes to set up and comes in four transportable cases.

Positioners — AvL's positioners are what maintains their products' reliability.

Family of Integrated Terminals (FIT) — The 0.75 meter and 0.98 meter are manually operated, and 1.35 meter terminals are motorized. These have been available for two years, and AvL is continually seeking ways to make them sturdier and smaller through innovation. The FIT products are very light in weight, very compact, and maintain a high performance.

What is the future of SatBroadcasting™? Are there concerns by the firm regarding the ongoing increase in broadcast cord-cutting by consumers as such affects antenna placements?

Krystal believes that there is always going to be a market for broadcast. While the traditional television model is changing, such as the streaming model is becoming more and more common, there will always be consumers that need a live stream (i.e. millions watch the World Cup, and with so many people in one place, you really need satellite to get a live stream to the consumer).

Krystal stated that it’s very possible the satellite broadcasting market won’t always be so huge, so that definitely could affect AvL, but the demand will probably always be there.

Is AvL involved in any STEM programs to ensure students are aware of the training available, and career opportunities within, this industry? 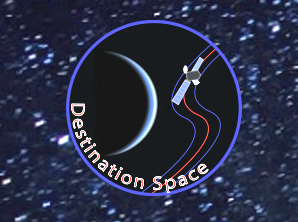 Yes, AvL is known for being very hands on in the local community, according to Krystal. As an example they are very involved in “Destination SPACE,” they actively participate in, and are a sponsor at space camp, they are actively engaged with the Society of Satellite Professionals International (SSPI), etc.)

The company owner is extremely passionate about education and space.

They give student tours all the time, they offer internships…They just love STEM!

While AvL offers a standard warranty, they will stand behind their products and will help their customers at any time. Krystal said that even competitor’s customers often times come directly to them for support because they’re known for having the best product in the industry.

Krystal said that their IBC goal is seen as a fantastic opportunity for them to check in with current customers, to have face time, to talk about new products and products that are in development.  It’s not the type of show where you expect to create new sales, but rather it’s a conference that helps them to maintain (and also create new) relationships with customers.  Also, it provides an opportunity for them to check-in with competitors and other vendors, as well.

AvL Technologies, Inc. was formed in 1994 to design and manufacture a lightweight positioner for the ERA Technology 1.5M diamond-shaped, Ku band, carbon fiber reflector for BAF Communications. The founder of AvL is Jim Oliver who began his experience designing antenna positioners on satellites in 1967 for Lockheed Missiles and Space. His Earth station antenna experience started in 1979 as Engineering Manager for the Antenna Division of Scientific-Atlanta where he was responsible for the development of antennas from 3M to 11M, most of which comprised the company's initial earth station antenna product line. He later was co-founder of SatCom Technologies (now a division of General Dynamics) where he developed another complete product line including the first 2.4M SNG antenna system.

Today, AvL Technologies, Inc. is a privately held US company specializing in the design, development and production of mobile satellite antennas and positioner systems. With corporate headquarters based in Asheville, North Carolina, and a regional office located in the UK, AvL is able to offer superior service and support to customers around the world. AvL provides systems integrators with positioner and complete antenna system products, product development and services that maximize the technical and commercial benefits for their customers with cost, performance, quality and reliability requirements.

Interview conducted on Saturday, September14, at IBC2019 in Amsterdam