On Sunday November 3, China launched a new Earth Observation (EO) satellite, Gaofen-7, which will play an important role in land surveying and mapping, urban and rural construction and statistical investigation, according to the China National Space Administration (CNSA). 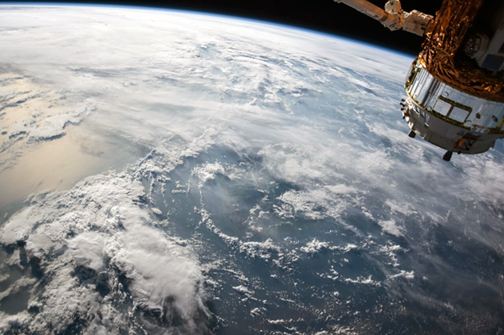 Via the same carrier rocket, three other commercial and scientific experiment satellites including one developed for Sudan were also sent into space.

The satellites onboard include Gaofen 7, Xiaoxiang-1 08, Whampoa 1, all belonging to China, plus a remote sensing satellite owned by Sudan. The Sudan Remote Sensing Satellite, SRSS-1, was developed for the Sudanese government by the Shenzhen Aerospace Oriental Red Sea Satellite Co.

A Chinese Long March 4B rocket lifts off. Image is courtesy of Xinhua.

The Sudanese smallsat was designed for both civil and military remote sensing mainly over Sudan, whose objectives are to generate a comprehensive, cost-effective and reliable data base on the topographic mapping, natural resources for developmental planning, exploration of natural resources, environmental monitoring, agricultural monitoring and yield estimation and beside public security (intelligence) and defence applications. The aim of the government is toward the establishment of the space industry in Sudan by owning the first Sudanese satellite and the development of ground facilities in Khartoum North.

The development of the Gaofen-7 has achieved a breakthrough in sub-meter level 3D mapping camera technology, meeting the highest mapping accuracy requirement among the Gaofen series Earth observation satellites, CNSA said. The satellite can obtain high-resolution optical 3D observation data and high-precision laser altimetry data and can realize 1:10,000 scale satellite 3D mapping for civil use in China, according to CNSA.