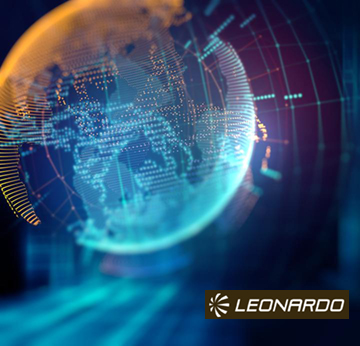 The MWIR imager will be designed to achieve 3.5 meter GSD and to fit into a small and low cost agile platform with a launch mass of approximately 130 kg. to address the future demands of the evolving Earth Observation (EO) constellations market.

The collaboration will exploit Leonardo’s leading material growth and hybridization techniques already employed in other space programs and SSTL’s extensive experience in the use of Commercial-Off-The-Shelf (COTS) technologies for commercial space missions.

The detector assembly will make use of Leonardo’s MWIR detector, a high performance integrated detector cooler assembly with an array of pixels on an 8um pitch — the smallest thermal mid-wave infrared pixels commercially available in the world.  The detector will be re-configured with a longer life, lower vibration COTS split linear Stirling engine cooler and new electronics to provide the interface between the detector and the imager. 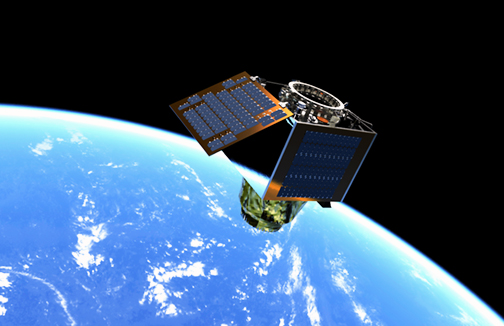 Successful completion of the detector assembly will enable it to be flown on a future demonstration mission from SSTL, targeted for a 2021 launch.

The EO applications sector has grown in recent years with an increasing demand for high resolution and temporal imagery, however the majority of currently available satellite imagery is in the visible waveband and is captured at mid-morning or mid-afternoon local time due to reliance on good illumination conditions.  MWIR imagery overcomes this limitation as the detectable signal depends on temperature at the scene, enabling imaging at any local time.  It also provides the capability to differentiate between objects and surfaces of different temperatures, providing complementary information to traditional optical imagery and the opportunity to image into the night time.

A primary use for MWIR image data is expected to be for defence and security applications in conjunction with optical assets and change detection algorithms; for instance, with the right target location conditions it should be possible to derive information on recent activity in a scene to detect recently used or moved vehicles.

The high resolution MWIR data will be of immediate use to many current spatial applications due to the overlapping resolution with visible data.  Applications include disaster support where for instance the effect of suppression and management of active fires can be monitored, and also mapping of urban areas to provide monitoring of heat, waste and pollution from industrial installations.

Andrew Cawthorne, Director of Business Development and Sales at SSTL said that this new technology is a game-changer for Earth Observation applications. Whereas previously the market has been focused on a fairly small range of wavebands, there is now increasing demand for mixed sensors and complimentary data sets. Building on the company's successful Carbonite range of spacecraft, this new technology will enable us to do the same for thermal imagery as we have done for visible imagery — driving down the cost of entry.

A Leonardo spokesperson added that Leonardo’s IR detectors have the potential to make a substantial contribution to global environmental earth observation, due to their ability to yield highly accurate information which provides both quantitative and qualitative data. The detectors have already been successfully used for the measurement of the temperature and water vapor profiles of the Earth’s atmosphere for Meteorology, and can also be used to measure greenhouse gases, clouds, aerosols, ozone and trace gases. Leonardo can deliver improved accuracy and confidence in instrument data, since the current generation of detectors have emerged from a rich heritage of cooled and uncooled IR Detector production which spans over 60 years of innovation.

With funding from the Centre for Earth Observation Instrumentation (CEOI), SSTL has already been working with the SSC to develop a telescopic deployable structure and has also worked with the Dynamic Optics and Photonics Group at the University of Oxford on an autonomous system to align the telescope on the ground for improved accuracy and efficiency.  The NSTP funding will see these projects progress to the build and test of a working demonstrator telescope designed to release from its stowed launch configuration, deploy to its full length, and then autonomously align ready for in-orbit image acquisition.

The multi-billion dollar EO applications market continues to demand improvements in spatial and temporal resolution which requires both bigger apertures and more satellites. The aim of the Deployable Space Telescope project is to develop a telescope that addresses the market needs for better than 1 meter ground sample distance (GSD) imager in a small launch volume, typically achieving a one third reduction in imager length and volume.

Due to the physics of optics there is a direct relationship between the physical size of the optical system and the resolution that can be achieved.  Using a Cassegrain type telescope improves the resolutions achievable for imagery acquired by satellites in LEO but still has size and mass limitations, as the structure requires a large amount of volume between the primary mirror and secondary mirror.

With launch costs priced according to both volume and mass, the aim of the Deployable Space Telescope project is reduce the volume of the imager by holding the secondary mirror in a stowed configuration near the primary mirror for launch, and then deploying it once in orbit.  Fine alignment will then be required to achieve maximum image quality.  By reducing the overall volume of the spacecraft, this system will allow many identical satellites to be launched into a constellation from a single launch vehicle, providing a low-cost solution to rapid-revisit, high resolution imaging requirements.   The design is fully scalable and SSTL aims to develop a larger version which will offer a higher ground sample imaging resolution. 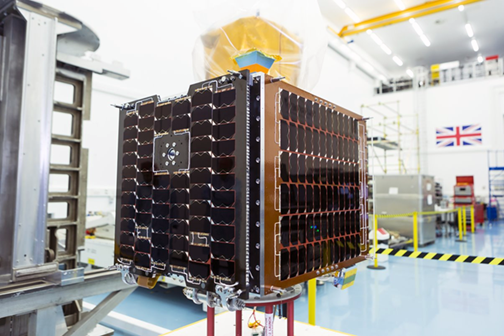 Photo is courtesy of SSTL/Beaucroft Photography.

SSTL has already demonstrated low cost 1 meter resolution imagery from its CARBONITE-2 satellite, launched in 2018, and the new Deployable Space Telescope solution will provide the opportunity to build on this capability with a smaller and lighter form-factor imager.