[SatNews] Leosat, LLC, a company developing a low Earth orbit (LEO) satellite constellation to provide worldwide coverage that sets new standards in satellite performance, today announced the appointment of Vern Fotheringham as Chief Executive Officer and outlined the company’s vision publicly for the first time since beginning its development in 2013. 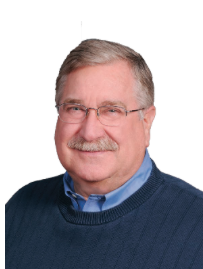 Founded by former Schlumberger executives Cliff Anders and Phil Marlar, Leosat has been developing its network architecture, spectrum planning, and satellite payload since 2013. This work has been done in conjunction with several leading global aerospace engineering contractors and satellite equipment manufacturers and has created a solid foundation upon which to build the company’s global operations and market reach. The company’s vision is to deliver cost-effective, extremely high-speed, low-latency, highly-secured data network service offerings to address the unmet needs of business and government markets.

“This is an exciting time in the satellite industry with technology driving increased demand, costs coming down and several notable players such as Google, SpaceX and OneWeb helping to fuel the category,” said Christopher Baugh, president and founder of NSR, a satellite industry consulting company. “Leosat is positioning its service offerings primarily on potentially lucrative business and government market opportunities. There is a big international market to be served by a unified global broadband network with significant revenue potential at stake.”

“Given the strategic objectives associated with Leosat’s next stage of development, it was important to bring in an industry leader with a proven track record of innovation and corporate development,” stated Cliff Anders, co-founder of Leosat. “When we became aware that Vern was available, we knew we had found the right satellite industry pioneer to help us build Leosat into a world class organization and operating company.”

Fotheringham, who most recently was Chairman and CEO of Kymeta Corporation, has more than 30 years of experience in the broadband wireless and satellite communications industry. He has created and built numerous successful ventures and contributed to many large-scale projects for major service providers, system vendors and software solution suppliers. He has also been a public policy and regulatory advocate for new telecommunications service rules and standards, and an inventor and creator of now globally adopted standards, and innovative new products, and services. In his role with Leosat, Fotheringham will be introducing the company to the global satellite industry, the international financial community and the customer market for a range of new innovative services.

”When I was approached about joining Leosat, it represented a perfect opportunity to meld my personal interest and experience in advancing the future of Non-Geo-Synchronous Orbit (NGSO) broadband satellite systems with an organization that shares my vision and enjoys a significant head start over the rapidly growing field of new entrants seeking to exploit the unique capabilities of NGSO satellite communications,” explained Fotheringham. “We are positioning Leosat on new solutions primarily addressing business and government market opportunities. We will be announcing some very significant strategic global alignments and service delivery partnerships over the coming months.”

Leosat and its leadership team will be attending SATELLITE 2015 March 16 – 19 in Washington, D.C.