CETel has signed a substantial lease contract for satellite capacity with its strategic partner SES Networks.

The capacity is secured on the recently launched satellite SES-12, which is one of the largest geostationary satellites that SES has ever procured. The satellite carries six wide beams and 72 high-throughput spotbeams serving regions from Middle East to the Asia-Pacific. 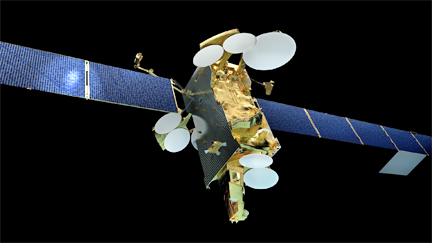 Artistic rendition of the SES-12 satellite.

The coverage reaches from Cyprus in the West to Japan in the East, and South to Australia and North to Russia, enabling CETel to provide optimized solutions from the company's own communications hub that is located in the UAE. The customized services can be delivered via hub-based or hub-less technology according to the specific requirements of CETel’s customers.

Currently, CETel operates and manages more than 500 MHz on 15 satellites, as well as several O3b/MEO sites, delivering connectivity into more than 50 countries world-wide. According to the firm, blending the SES-12 capacity into the portfolio will result in even more efficient satellite communications solutions. The satellite is planned to become operational during Q1 2019.

CETel’s MD, Guido Neumann, said the company is committed to this capacity to assure that customers benefit from powerful and reliable satellite communications. The demand for encompassing connectivity solutions, especially in the Middle East, is trending upwards. Securing this capacity is key to CTel's business, particularly for the oil & gas and the mining sectors. Automation and digitalization in these industries feed the demand for data transmission and CETel is best prepared to deliver broadband-like connectivity to even the harshest and remotest environments to fuel ERP and thus improve operational results.