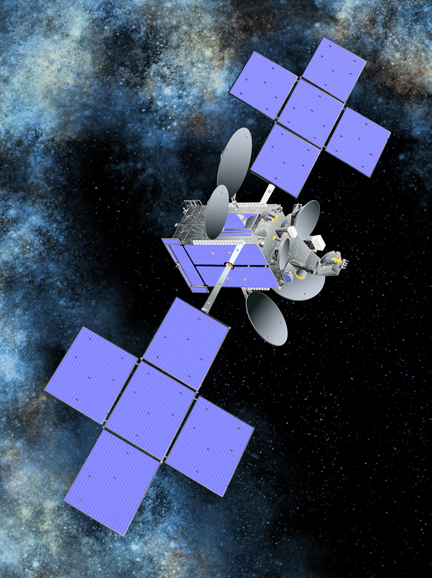 ABS-2 will be one of the most powerful commercial satellites launched for service in the Eastern Hemisphere. The satellite will have over 12 kW of payload power and as many as 87 active C-, Ku- and Ka-band transponders across 10 different beams, bringing increased capacity and transmission power to the Middle East, Africa, Asia Pacific and CIS/Russia. The ABS-2 spacecraft is based on Space Systems/Loral's 1300 satellite bus, with a separated mass in excess of 6,000 Kg at launch and is designed for 15 years of operational life. ABS-2 will be located at the 75 degrees East , ABS' prime orbital location where ABS-1, ABS-1A, and ABS-1B are currently located. From the satellite's orbital slot, ABS-2 will cover four-fifths of the world's population and will expand the already successful business base of ABS-1, which has a current fill rate of over 90 percent. With the addition of ABS-2 to its fleet, ABS will become one of the largest FSS satellite operators in Asia in terms of number of active transponders in orbit.

ABS-2 is specifically designed for a wide range of services including direct-to-home (DTH), cable TV distribution, VSAT services, data networks, and telecommunications services. ABS-2 will provide continuity of service and expansion capacity to existing ABS-1 customers, and will also act as in-orbit spare and provide full backup for the ABS-1 transponders.