On May 15, 2018, at the Washington Space Business Roundtable (WSBR), General John "Jay" Raymond, Commander, Air Force Space Command (AFSC) and the Joint Force Space Component Commander, U.S. Strategic Command, will be featured during the as this event's keynote speaker, 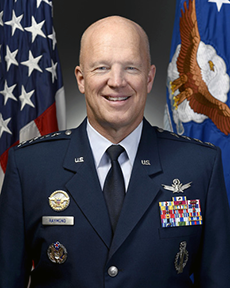 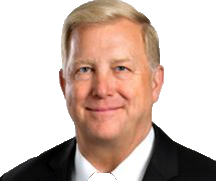 General Raymond will be introduced by Brigadier General Peter Hoene, USAF (Retired), President and CEO of SES Government Solutions. Prior to joining SES, Pete served in the U.S. Air Force for 30 years. He is a graduate of the U.S. Air Force Academy, as well as a distinguished graduate of both the Air Command and Staff College and the National War College. He holds two masters degrees and served in a wide variety of Space, Command and Control, and research, development, acquisition, test, staff and command assignments. In his last active duty position, Pete served as the Defense Information Systems Agency (DISA) Program Executive Officer for Command and Control.

To attend, follow this link to the event's registration page.

This event is sponsored by SES Government Solutions.

* This event is close to capacity and nearly sold out — register today to ensure your presence to hear General Raymond...