Filings with the Federal Communications Commission are providing fresh details about the plans being laid by Amazon and OneWeb to set up networks of satellites for global broadband internet access.

OneWeb, for example, is seeking FCC approval for up to 1.5 million ground terminals that customers would use to receive and transmit satellite data. 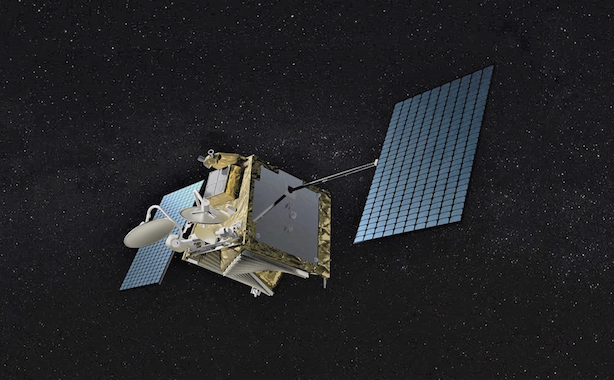 Amazon, meanwhile, is answering questions from the FCC about how the satellites in its Project Kuiper constellation would be maneuvered and deorbited. The answers make clear that Project Kuiper’s satellite design is still very much in flux.

That’s in contrast to SpaceX, which has already launched 60 of its Starlink satellitesand is expected to send another batch into orbit as early as this month.

SpaceX, Amazon and OneWeb are considered the leading competitors in the nascent market to offer high-speed internet access from low Earth orbit, or LEO, to the billions of people who are currently underserved. Other players in the LEO broadband market include Telesat and LeoSat.

In a recent FCC filing, SpaceX suggested that it could begin providing limited service to parts of the United States by the end of next year.

OneWeb launched the first six satellites of its constellation in February and is expected to launch about 30 more in December. The London-based consortium says it’s planning to offer satellite internet access starting in late 2020 — with the world’s Arctic regions as its initial focus.

OneWeb’s request for authority to operate 1.5 million user terminals in the United States was filed on Sunday. The terminals, which would be equipped with 18-inch-wide antennas, would work with OneWeb’s gateway facilities to process the signals beamed down from its constellation.

It typically takes months for the FCC to gather comment and make its decision about such a request. SpaceX filed a similar application for 1 million user terminals back in February, and that application is still pending.

Amazon isn’t as far along in its plans. It hasn’t said exactly when it intends to start building, launching or operating Project Kuiper’s satellites, and it hasn’t yet settled on a launch provider. But the Seattle-based company is nevertheless making a big commitment to Project Kuiper, which CEO Jeff Bezos called “a very good business for Amazon” during a Las Vegas conference in June. Amazon is listing about 100 job openings for the satellite project, virtually all based in Bellevue, Wash.

One recent FCC filing relating to Project Kuiper is a September 18 letter from C. Andrew Keisner, lead counsel to Amazon’s Kuiper Systems subsidiary. The letter addresses a series of questions from the FCC asking about the project’s status.

Keisner told the FCC that the system’s “constellation design and implementation plan are well-developed, and Amazon continues to mature its satellite design and operational procedures.”

He provided a recap of the specifications for the satellite constellation, which were first laid out in April. The plan calls for putting 3,236 satellites into three sets of orbits, at 590, 610 and 630 kilometers (367, 379 and 391 miles) in altitude.

Keisner said the satellites would be deployed into an initial orbit that’s below the altitude of the International Space Station (roughly 250 miles or 400 kilometers). They’d be given a “comprehensive in-orbit performance verification” at the lower altitude, and only then would be raised to their operational orbits.

He said Amazon was working on a satellite design and a system for space situational awareness that would minimize the hazards associated with orbital debris.

“Amazon is designing syb-systems to withstand impact from non-trackable debris without major fragmentation risk,” Keisner said. “For example, Amazon intends to use a propulsion system with a chemically inert propellant and is exploring innovative propellant solutions that can be unpressurized.”

Keisner said Project Kuiper’s engineers were still weighing exactly what kind of propulsion system to use. The options range from “conventional designs using pressurized noble gas propellant to designs using liquid ionic propellant that can be non-pressurized,” he wrote.

Amazon is conducting tests to decide which system to go with, he said.

If a satellite loses contact with ground stations, an automated deorbit procedure would kick in. The procedure calls for lowering the orbit below the height of the International Space Station in two stages, and then sending down the satellite to burn up during atmospheric re-entry.

Other filings note that Amazon representatives have been meeting with the FCC as recently as late last month to discuss issues relating to the Project Kuiper application, including Keisner’s letter as well as the International Telecommunication Union’s procedures for satellite constellations.

For what it’s worth, SpaceX weighed in on Amazon’s application in July, saying that the FCC should open a new processing round to consider all of the constellation applications that target the same Ku/Ka-band that SpaceX has already been authorized to use.

By Alan Boyle, from GeekWire