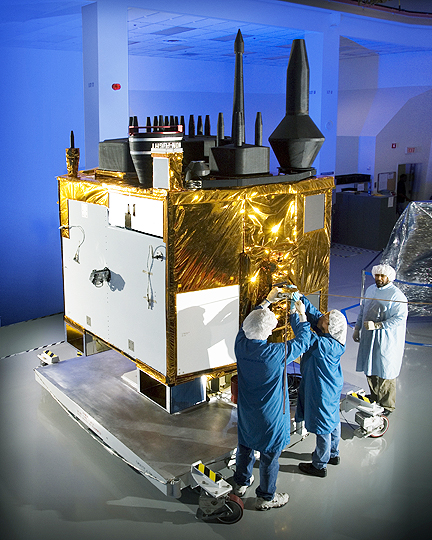 Space Vehicle 1 (SV-1), the first of 12 GPS IIF satellites for the U.S. Air Force, will lift off on a United Launch Alliance Delta IV vehicle later this year. The GPS IIF system will bring enhanced performance to the GPS constellation by providing twice the navigational accuracy of heritage satellites, more robust signals for commercial aviation and search-and-rescue, and greater resistance to jamming in hostile environments. To prepare for the launch of SV-1, the SV-2 spacecraft in September successfully completed a consolidated system test — a set of one-time, system-level design verification and validation tests involving the space vehicle, the ground-based control segment, and user equipment. In addition, GPS master control stations successfully commanded the space vehicle as they will do when the satellite is in operational orbit. SV-2 was also used as a "pathfinder" to validate transportation equipment and processes, as well as launch-site test procedures and equipment.

"Since the first GPS satellite was launched in 1978, this successful program has demonstrated the value of space assets," said Craig Cooning, vice president and general manager of Boeing Space and Intelligence Systems. "The GPS IIF system will afford major performance improvements over the legacy satellites and will sustain and dramatically improve the GPS constellation for civil, commercial and defense users alike." 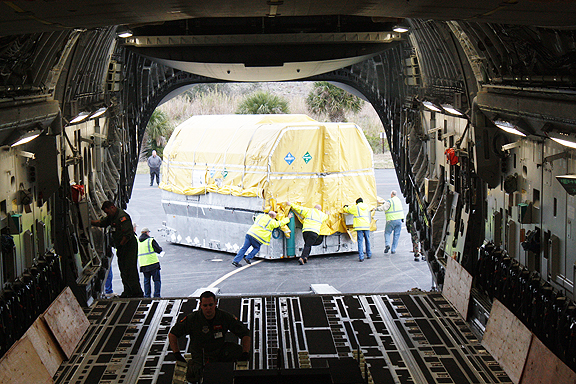 GPS is a space-based, worldwide navigation system providing users with highly accurate, three-dimensional position, navigation and timing information 24 hours a day in all weather conditions. GPS IIF is the product of Boeing's experience with 39 successful satellites from the GPS Block I and Block II/IIA missions and more than 30 years of teamwork with the Air Force. GPS IIF will form the core of the GPS constellation for many years to come. A unit of The Boeing Company, Boeing Defense, Space and Security is one of the world's largest defense, space and security businesses specializing in innovative and capabilities-driven customer solutions, and the world's largest and most versatile manufacturer of military aircraft. Headquartered in St. Louis, Boeing Defense, Space & Security is a $34 billion business with 68,000 employees worldwide.