These networks offer a new set of attributes for customers such as low latency, full mesh connectivity, or high-bandwidth per terminal, and will be key to unlocking new greenfield markets. However, CAPEX exposure is massive, and new revenue drivers might not be enough to pay back initial investments. Consequently, there is a risk of price disruption for the entire industry if these new players dump capacity to poach customers from legacy verticals. 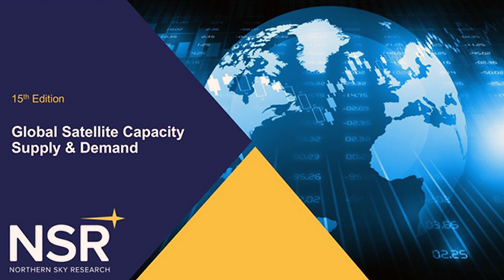 Technology development has consumed most of the attention in the early stages of NGSO development. However, as we approach entrance into service, actors must shift their attention to commercialization. Constellations that can build a stronger position in key markets, both regionally and vertically speaking, will have higher chances of success. Partnerships between traditional GEO actors and new constellations are also proliferating. This creates a symbiotic relationship where GEOs can access new markets developed by NGSOs, while the new actors can leverage the long-standing customer heritage and sales channels of established operators.

Lluc Palerm, NSR Senior Analyst and report author, said that constellations are approaching their moment of truth. According to their schedule, LEOs need to start offering concrete examples of progress, but results are still mixed. Funding is still far from resolved and, even the ones that have already attracted billions in investment, still do not have a clear path to service. Delays and cost overruns plague many programs. Regulatory challenges are coming to light with first denials of access to key markets. Technology wise, there are still many questions to answer, beginning with user terminals. On the other side, progress continues in the form of testing satellites, new rounds of funding and establishment of baseband networks.