Since the previous Axelspace announcement, progress continues on the check-out operations of the first GRUS satellite, which was developed by the company and was successfully launched on December 27, 2018.

As the company has confirmed with the correct operation of the on-board optical apparatus,  just released is the satellite’s first light image. 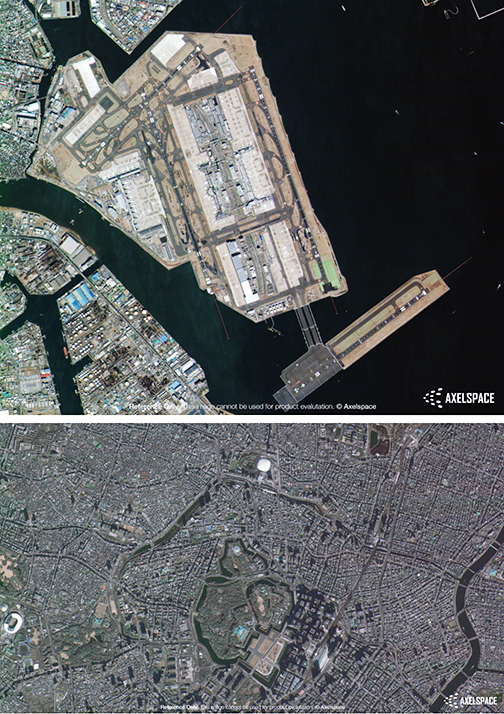 Images are courtesy of Axelspace.

The company also progressed toward the release of the AxelGlobe platform, perfecting the constellation’s automatic operation system and working on the consolidation of the image quality as well as on the web portal. The platform is expected to be released in May.

Here are the details of GRUS’s first light image.

Figure 1 shows the whole first light image and is illustrated as a gray scale image as it was created out of  single panchromatic band data.

Of the first light showcased above, Figure 1 shows only the panchromatic band with 2.5 meter resolution, while Figures 2 and 3 are 2.5 meter pan-sharpened images, e.g., compositions of the panchromatic, green, blue and red bands. The final product properties at the time of AxelGlobe’s release may be different from the ones shown here.