[Satnews] The pace of innovation in commercially-operated satellite constellations is enabling governments to increase their satcom capabilities more cost-effectively, according to Andy Start, President of Global Government at Inmarsat. In his presentation at Global MilSatCom today in London, Mr. Start outlined how Inmarsat is empowering governments across the world, announcing that Global Xpress services are now available for government users across North, Central and South America and the Atlantic Ocean.

“Increasingly, we are finding our government customers around the world need to do more with highly challenged budgets. The most efficient way to do this is often to leverage advanced communications and IT infrastructure to make better use of people, vehicle, aircraft and ships. We’re proud to help them achieve best-value by partnering with leading commercial suppliers to develop bespoke government solutions on top of their commercial networks,” said Mr. Start.

Inmarsat, a provider of global mobile satellite communications services is at the forefront of this trend, now offering Global Xpress services across North, Central and South America and the Atlantic Ocean in addition to Europe, Middle East, Africa and Asia which has been operation since summer 2014. Having successfully launched the third satellite in its next generation, Ka-band constellation in August 2015, Inmarsat’s new satcom network is on course to enter global commercial service by year-end. 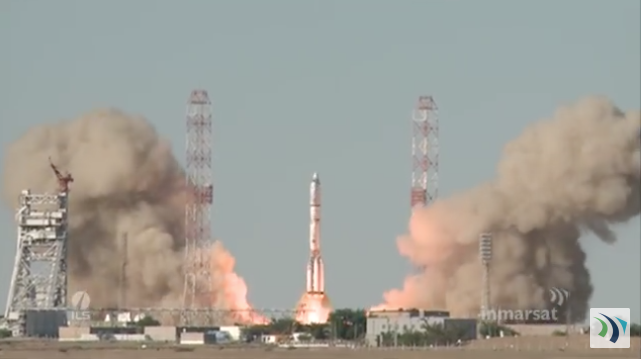 On August 28, Inmarsat successfully launched of the third satellite in the Global Xpress constellation (I-5 F3) from the Baikonur Cosmodrome in Kazakhstan, at 12:44 GMT. I-5 F3 is a key step towards delivering global commercial service introduction of GX services by the end of 2015.

During Global MilSatCom, Inmarsat will be highlighting the latest innovations from Inmarsat, which include:

L-3 Cheetah II
L-3 GCS has modified its Ku-band based Cheetah terminal to operate over Inmarsat’s Global Xpress Ka-band constellation. This adaptation aligns the small, light and rugged nature of the flyaway terminal to Global Xpress’ global mobility for government users who look for terminals built on Mil-Spec foundations.

L-TAC
Launched officially in July 2013, L-TAC uses Inmarsat’s global L-band satellites to extend the reach of the UHF radios used by the world’s militaries. By affixing a small antenna and sub-system to either a vehicle or a soldier’s backpack, military and other personnel can use their existing UHF radios to give them L-band global satellite communications.