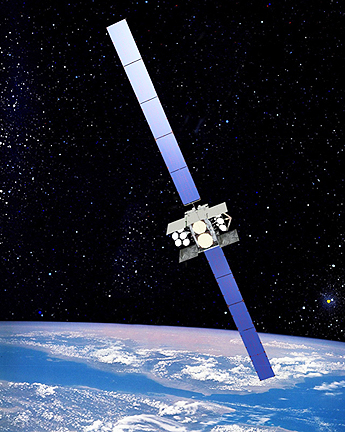 WGS provides flexible, high-capacity communications for marines, soldiers, sailors, and airmen throughout the world and is a key enabler of Command and Control, Communications, Computers, Intelligence, Surveillance, and Reconnaissance, as well as battle management and combat support information functions. WGS-3 is the third of six planned satellites in the wideband constellation. 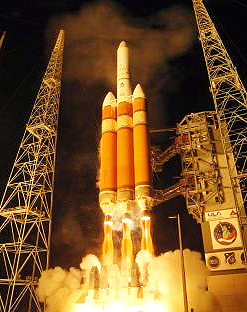 WGS-3 launch at Vandenberg AFB, California, December 5, 2009
WGS-3 launched from Cape Canaveral on the evening of December 5, 2009. The Military Satellite Communications Systems Wing at SMC accepted delivery of WGS-3 from Boeing on March 1, 2010, following extensive ground and in-orbit testing. WGS-3 was then relocated to its final operational location. WGS-3’s payload configuration is now optimized to support operations. Upon the recommendations of AFSPC and SMDC/ARSTRAT, USSTRATCOM accepted Combatant Command authority for WGS-3 and assumed responsibility of the system. 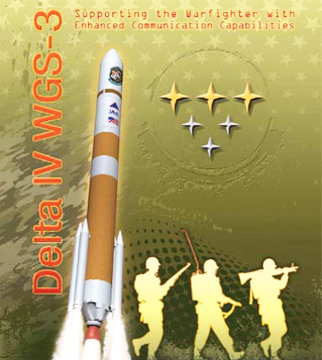 WGS-3 provides a bridge between CONUS and our forces in Europe, Africa, South America and parts of the Middle East as well as forces afloat in the Atlantic Ocean. WGS-3 is the last satellite to be procured via the Block I contract and is a significant milestone for the program.