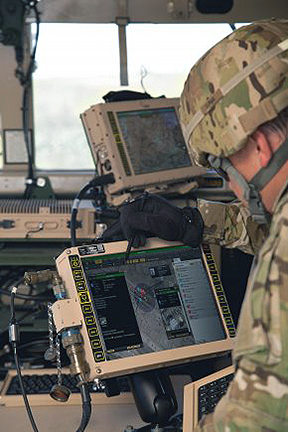 The U.S. Army key situational awareness network Blue Force Tracking, commonly known as BFT, provides friendly force tracking information and is integrated on more than 98,000 platforms across the Army and joint services.
Photo is courtesy of the U.S. Army.

This award brings funding for Option Period One to $7.3 million and cumulative total funding for the contract to $14.1 million.

Fred Kornberg, President and CEO of Comtech Telecommunications Corporation, noted that this additional funding demonstrates the continued commitment that the Comtech team provides to the U.S. Army and emphasizes the importance of the BFT-1 sustainment effort for the U.S. military. Comtech remains committed to providing the U.S. Army and its soldiers with the highest level of support to enable them to complete their missions.