Over 4,000 Aspiring Astronauts Apply in UAE ... Only 0.1 Percent Will Be Successful

The invitation was met with an amazingly positive response of those interested in becoming a part of the UAE Astronaut Program. After the closing of the application process over 4000 aspiring Emiratis across the UAE enlisted to join the UAE astronauts program, and only 0.1 percent will be successful.

Mohammed bin Rashid Space Centre received over 4,000 applications from Emiratis across the UAE aspiring to go beyond the Earth’s atmosphere and become part of the UAE Astronaut Program. The program, funded by ICT Fund of the Telecommunications Regulatory Authority (TRA), was launched in December 2017 and was open for applications for a period of just three months before closing registration on March 31, 2018.

For the past three months, Mohammed bin Rashid Space Center started accepting entries for the UAE Astronaut program. During this time a total of 4,022 applications were submitted from 38 different work fields between the ages of 17 and 67 years old, and 34 percent of the applications were from Emirati women. 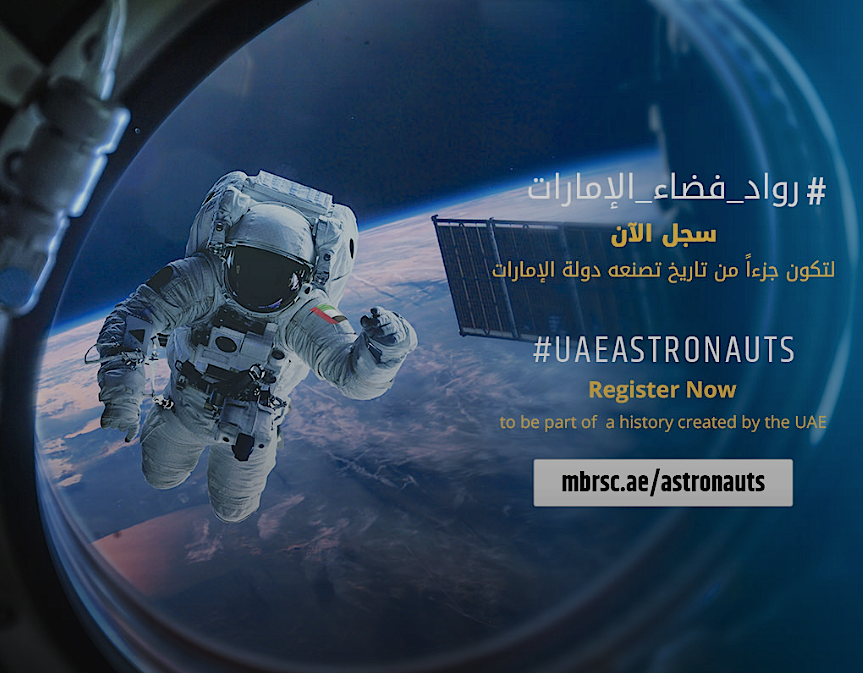 Commenting on the success of the program and the wealth of applications received, H.E. Yousef Al Shaibani, Director General of the Mohammed bin Rashid Space Centre said that today, they are very proud of the sons and daughters of the country who have taken the initiative to join in this ambitious program. They are delighted by the volume of entries and highly impressed by the diversity in skill set and backgrounds displayed by the applicants. Success of this program is underpinned by the talent they hone, and they are looking forward to training a skilled team of individuals to represent their country on board the ISS and contribute to the various experiments and research areas there. Success depends on the ambitious and entrepreneurial talents of their society and is in keeping with the aspirations and ambitions of the State to explore space.

Salem Al Marri, Assistant Director General for Scientific and Technical Affairs at MBRSC, Head of higher committee of the UAE Astronaut program also commented that the UAE Astronaut program is a unique program carefully crafted to establish UAE as one of the front runners in the global race for space. Through this program, they are hoping to inspire a new generation of Emirati nations through space exploration and innovation and enable them to contribute to the future of their great country. they are looking forward to meeting the successful candidates who have the potential to become a part of their final four and he would like to wish everyone who has applied the very best of luck. 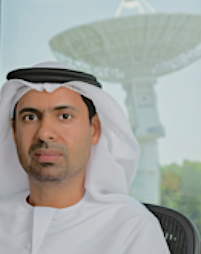 A ‘Selection Committee’ has also been now appointed to screen through the vast number of applications with great care and shortlist suitable candidates for the next phase of the selection process. This phase includes a basic medical and psychometric test, an initial interview, an advanced medical and psychometric test and a panel interview. The top four candidates who successfully complete all stages of the selection process will then come together to form the UAE Astronauts Team by the end of 2018.

Once chosen, the four Emirati astronauts will go through to a series of training programs, which are divided into a year-long basic training modules and advanced training modules which will be conducted over a period of three years. They will also travel to various Astronaut Training Centres around the world providing state-of-the-art simulation systems in the field of space training, to enable them to acquire the best skills in this area.

The astronauts will then be sent to the International Space Station (ISS) to conduct a wide range of different scientific research projects and experiments in various disciplines. Each experiment and mission have different objectives, however, the scientific mission of the UAE Astronaut program is to contribute to humanity’s knowledge and to support national and international future space missions.

The potential scientific focus areas of the UAE Astronaut program are aligned with Mars 2117 project which sheds light on the challenges and areas of interest of human space exploration. These include – food security and sustainability, sustainable source of water, human life support, energy and power management, advancing material science and planetary contamination management.