Globecast provides solutions for media and is launching a new concept—the first of its Cloud Playout services at this year’s NAB.  Globecast has been furthering and fine tuning its cloud playout platform over the past year and announces a range of long-term and on-demand services that were publicly demonstrated at CABSAT 2018. One of these solutions provides flexibility to try new channels and if they don't work out there's minimal financial loss as the customer isn't investing in the technology for themselves, with cloud layout they can test what they want to do. 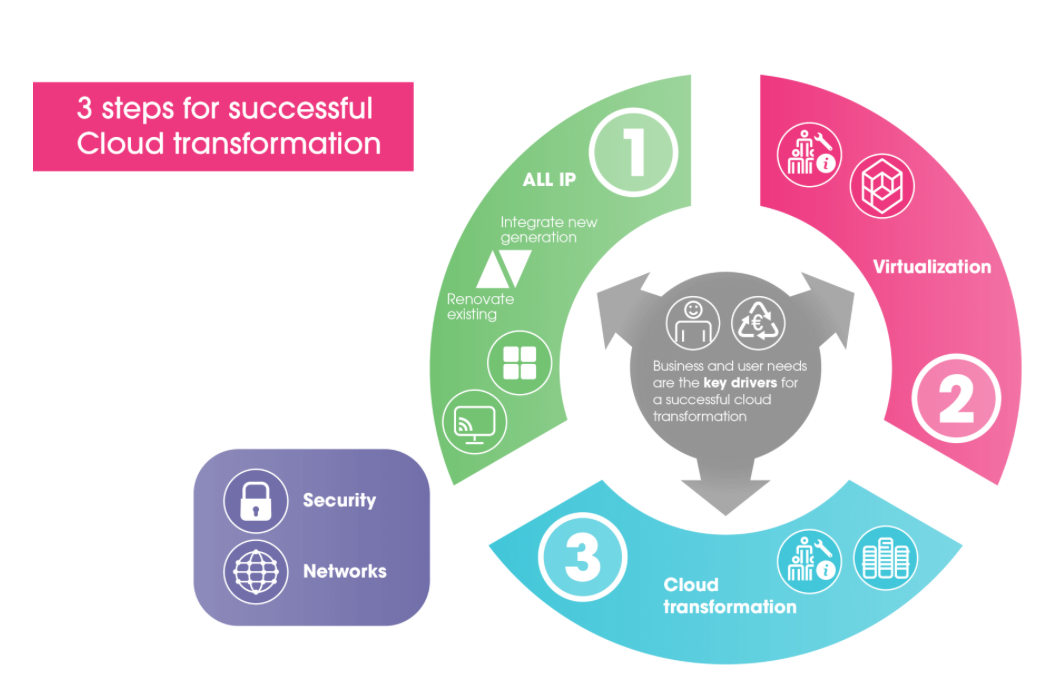 Sylvain Merle, COO, said, that cloud playout brings a whole new level of flexibility, with very fast times to launch. They are offering multiple service levels, depending on the customer/channel segment and the duration of the contract. These also take into account the specific purpose of the playout, whether it’s for primary or for business continuity/disaster recovery (DR) purposes. They’re also seeing many of their customers ask them for short term, or ‘pop-up’ services; playout channels for events (like a World Cup), and also for the aforementioned business continuity/DR. Cloud playout of course makes this possible.

Globecast’s solution uses object storage, which provides the schedules and content from cloud-native storage platforms, a virtualized playout engine (as well as a virtualized graphics engine), stream handling for high availability broadcast delivery, compliance recording and origin server/CDN for globalweb/mobile consumption. With it, Globecast can launch services in a matter of minutes. All services use a combination of private and public cloud.

Merle continued that new types of services now make economic sense with this technology, as it’s a service-driven model and does not entail massive CAPEX or long start-up times; in fact, the complete opposite.

Two, of a total of five, main, long-term service types are being launched initially, both for thematic channels. These will be followed by the other levels later in the year and more complex channels, including live 4K as we move into 2019.

At NAB 2018 Globecast is also launching its initial on-demand, or “pop-up”, offering, allowing its customers to take full advantage of the move to the cloud and the inherent OPEX rather than CAPEX model. Initial DR services will follow later this year.

Merle continued that this approach provides the ultimate in flexibility. The number of channels can be dynamically increased or reduced and the channel branding versioned for particular audiences and events. New channels can also be tested, and new markets explored, and if they prove unsuccessful, there’s minimal financial penalty. This really is a paradigm shift. It’s also likely that when customers do come to look at 4K, rather than invest in technology themselves, cloud playout will allow them to test what they want to do and to launch services using an OPEX model.  d.