The topmost level of qualification for space components was awarded to Microsemi Corporation, a wholly owned subsidiary of Microchip Technology Inc. (Nasdaq: MCHP).

The designation, that is the highest level of qualification for space components is a necessary step to satisfy mission assurance requirements on many space programs, opens the door for Microsemi’s RTG4 FPGAs to be used on the most critical space missions with the highest standards for quality and reliability. 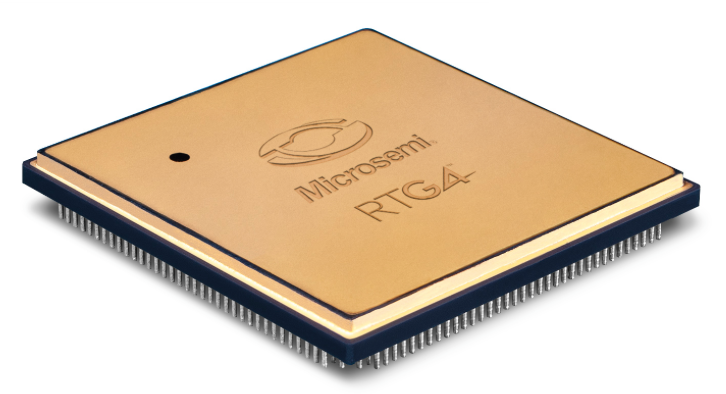 As the first and only radiation-tolerant FPGA offering more than 150,000 logic elements to achieve a QML Class V qualification, Microsemi’s RTG4 FPGAs can now be used by developers in Class 1 space flight systems, bringing the cost and schedule advantages of FPGAs to the most demanding space missions.

Many space programs are constrained to use these Class V-qualified components due to the need for the highest level of quality and reliability, and until now have been unable to use a high-speed radiation-tolerant FPGA in their signal processing systems.

Minh Nguyen, Microsemi’s senior marketing manager of space and aviation stated that they believe it’s critical to support their customers with the availability of their flagship radiation-tolerant FPGAs qualified to the stringent QML Class V standard—the highest qualification level for integrated circuits operating in space. This designation is the culmination of hundreds of thousands of testing hours, and underscores the high reliability of these unique devices as well as Microsemi’s team’s deep experience in developing radiation-tolerant FPGGAs with industry-leading flight heritage.

Granted by the DLA, NASA and the U.S. Air Force Space and Missile Command (represented by The Aerospace Corporation), the QML Class V qualification is a strong endorsement by recognized subject matter experts on the quality and reliability of RTG4 FPGAs. This validation is increasingly important as a growing number of satellites are being built to perform a wide variety of missions, including imaging, communications, navigation, science and monitoring of weather, climate and natural resources. Many of these systems require the highest level of component quality, particularly when large revenue streams depend upon the satellites functioning correctly, or when there are national security considerations.

Microsemi’s new QML Class V qualification adds to the existing designations the RTG4 FPGAs have achieved, including QML Class Q and MIL-STD-883 Class B qualifications. Details can be found in the company’s reliability report, as well as its DLA Cross Reference Guide. As the company is already a QML-V certified manufacturer of high reliability FPGAs for space applications, achieving the recent additional qualification for its RTG4 FPGAs further strengthens its leadership position in the market and reflects the company’s focus on developing innovative solutions to meet the increasing demands of modern satellite payloads. In addition to satellites, its RTG4 FPGAs are ideally suited for applications including space launch vehicles, planetary orbiters and landers, and deep space probes.

Leveraging Microsemi’s 60-year legacy of innovation in the space market, its RTG4 devices are the latest development in a long history of radiation-tolerant FPGAs found in many NASA and international space programs. For more information, visit .