ISRO Chief Announces ... India to Have Its own Space Station in 5-7 Years


NEW DELHI: In a historic announcement in the country's space programs, Indian Space Research Organisation (ISRO) on Thursday said that India will set up its own space station. 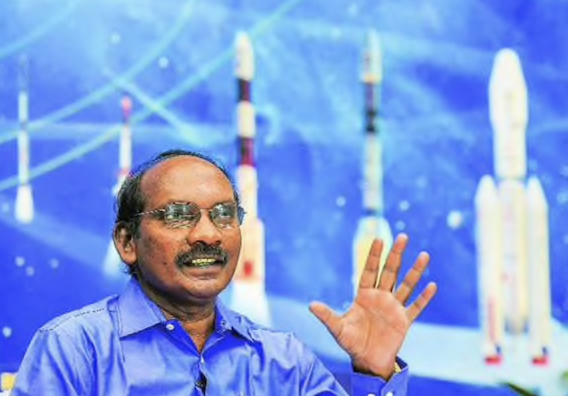 ISRO chairman K. Sivan, during a joint press meet with minister of state for department of space Jitendra Singh in New Delhi on Thursday, said the high-profile project of setting up India's own space station will be an extension or next phase of the Gaganyaan mission or the human spaceflight program, which involves sending three Indian astronauts to space for seven days in the lower Earth orbit (LEO) of 120-400 km.

He said, "Our Gaganyaan program has to be sustained after we launch a human space mission. In that regard, India is planning to have its own space station. We don't want to part of the existing International Space Station (ISS), therefore we want to set up our own. However, our station, which will be set up in 5 to 7 years, won't be very huge. It will have a mass of 20 tonnes and will be used for scientific studies, including microgravity tests."

On a question about sending people to this India's own space station, Sivan said, "It will have a provision where people can live in this station for 15-20 days. However, the fine details related to the project will be announced only after the Gaganyaan project."

He said, "ISRO is also planning to join the international effort to send humans to the Moon and Mars, and colonize the Moon."

On the Gaganyaan mission, Sivan said, "We are running against time in order to meet the 2022 deadline given by our PM. As we are planning to launch the mission by December 2021, we will send our shortlisted astronauts for advanced training abroad as there is no time to set up the training center here. However, basic training will happen in India." Jitendra Singh said, "Shortlisting of the Indian crew will be over in six weeks and training will be complete in a year or two."

The ISRO chief also cast light on upcoming interplanetary missions like Chandrayaan-2, Aditya (solar) mission and Venus program. He said Chandrayaan-2 will be launched at 2.15 am on July 15 and ISRO will try to land its rover on the Moon on September 6.

Sivan said that Aditya will be launched by 2020-mid and would aim to study the sun’s corona and its impact on climatic changes. "We have fixed a point called Liberation point L1 between the Earth and the Sun, which is some 1.5 million km from the Earth. Our spacecraft will be sent to this L1 point in 109 days where it will do various scientific studies" like coronal study, UV imaging and magnetic field".

He said the mission to Venus is planned in mid-2023 when a GSLV Mk III will take the spacecraft to the planet. It will study Venus atmospheric property, surface topography and atmospheric composition. "On our announcement of opportunities, we had received a lot of payloads. But we have shortlisted 23 payloads till now for the Venus mission."

The ISRO chairman said that "foremost priority of our space programs is to provide safety, security and quality of life to our people. Because of giant strides made by Vikram Sarabhai years back, we are enjoying the fruits of their hard work. Now, we have to make advancement in space programs and plan interplanetary missions keeping in mind our future generation.

The minister, "India's space program started very late as compared to the U.S. and Russia, but today, we are launching the second Moon mission and human spaceflight missions." Jitendra Singh said that foreign space agencies are now procuring data and images sent by Chandrayaan-1 and Mangalyaan to further their scientific studies.

He also explained that how the NDA government have made ministries make the most of space applications for the effective rollout of their infrastructure projects like the use of satellites in road constructions, safeguarding of borders, geotagging of MGNREGA workers, soil testing and keeping a watch on unmanned railway crossings.

By Surendra Singh, Times of India