Planet Provides Dramatic Photos of Before and After Krakatau Volcano Eruption 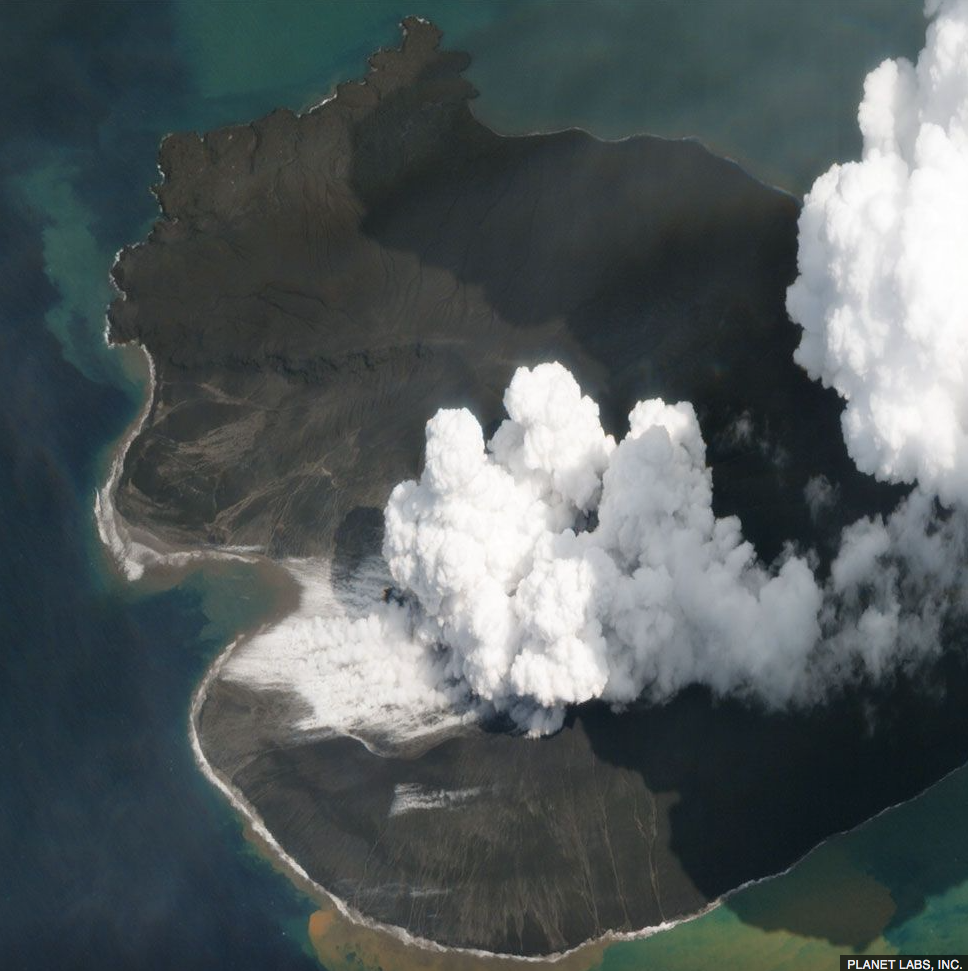 Anak Krakatau as it looked on Wednesday 2 January. Planet's constellation maximises the chances of getting a cloud-free view

There is now some very good optical satellite imagery of the collapsed Anak Krakatau volcano, which generated the devastating tsunami on 22 December.

Poor weather conditions over Indonesia's Sunda Strait had frustrated spacecraft that view the Earth in the same type of light as our eyes.

But the team at Planet has managed to find windows in the cloud.

Pictures from its Dove and SkySat platforms show the extent of the volcanic cone's failure.

It is easier to appreciate now how the island has been reshaped.

What was once a crater at the summit of a 340m-high edifice has been completely broken open to form a small bay.

Indonesia's disaster agency says more than two-thirds of Anak Krakatau's volume (150-170 million cubic metres) is missing. Much of it is assumed to have slipped into the sea in the colossal landslide that produced the tsunami.

Earth observation company Planet, which is based in San Francisco, operates one of the world's largest satellite constellations. 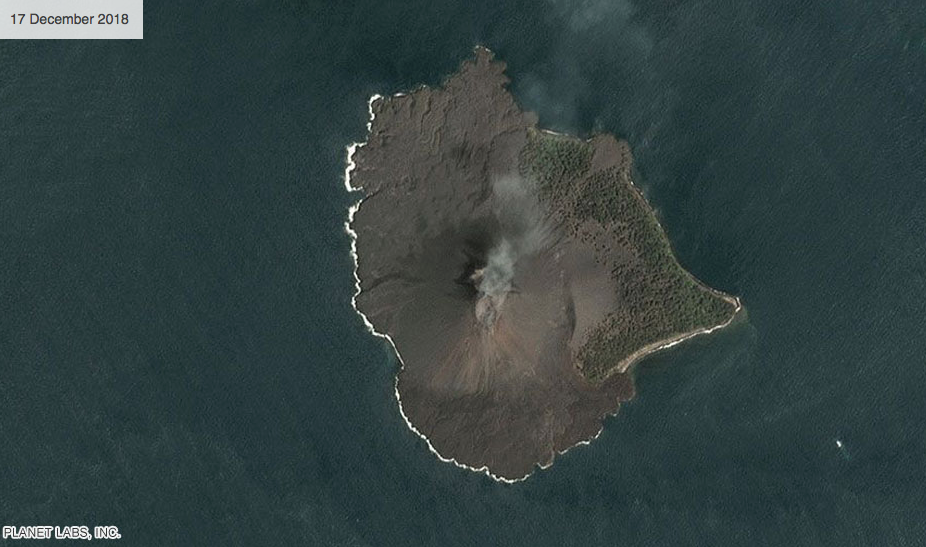 The big network maximises the chances of seeing the ground when cloud clears above a target.

Planet's small Dove spacecraft capture details on the ground larger than 3m - what is termed medium resolution; while its SkySat platforms have a high-resolution capability, capturing details larger than 72cm.

SkySat was responsible for the picture at the top of this page, taken on Wednesday (2 January).

The satellite pictures acquired immediately after the disaster came from radar spacecraft, and gave the first hints that Anak Krakatau had collapsed. 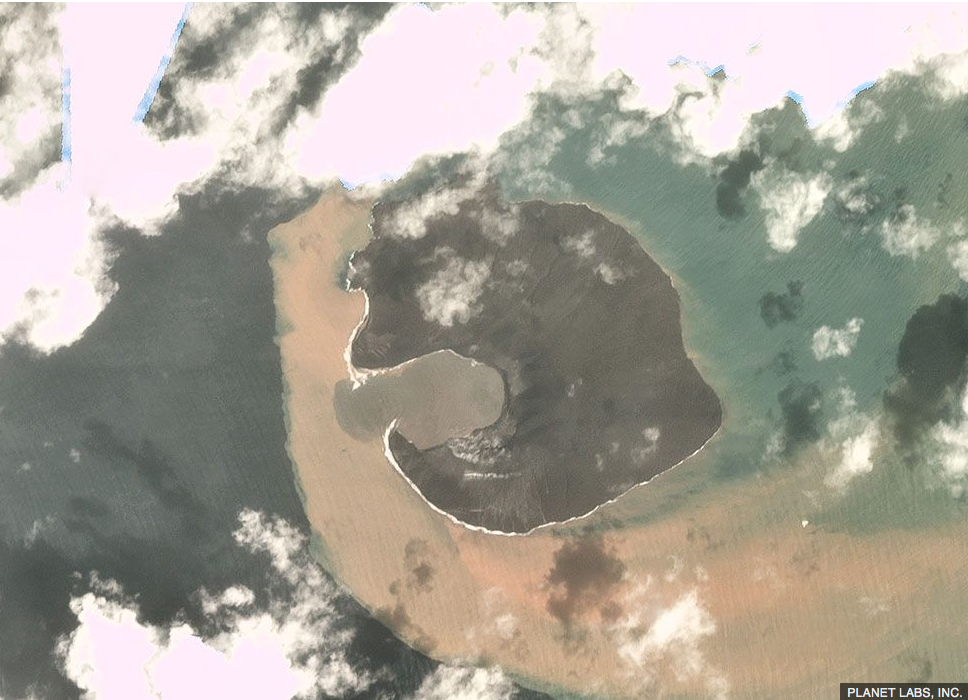 After the event: One of Planet's Doves observes the scene a week after the disaster (30 December)

Radar instruments can pierce cloud but they return a very different type of view to optical satellites, and need a particular skill to interpret.

It's now thought some 430 people died along the coastlines of Java and Sumatra when the tsunami hit.