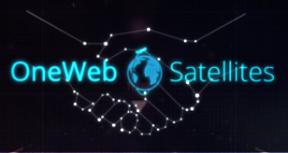 The RT infosite has filed a report that OneWeb filed for bankruptcy less than a week after launching another batch of internet satellites, as the company failed to raise more funds for their program amid the Covid-19 pandemic.

The London-based venture, as well its affiliates, filed for Chapter 11 bankruptcy on Friday, March 27, saying that the proceedings are aimed at pursuing "a sale of its business in order to maximize the value of the company."

Since the beginning of the year, OneWeb had been trying to obtain more investments. The company says that it was close to obtaining the necessary financial support, but talks failed due to market turbulence that was triggered by the coronavirus outbreak.

While the statement does not directly point at any particular investor that turned its back on the satellite internet provider, earlier reports said its largest backer, Softbank, which had already invested $2 billion in the company, refused to provide more capital. Market rout has apparently spooked other investors, such as Qualcomm, Airbus, Virgin Group, Coca-Cola, and Intelsat among others.

Bankruptcy filings reveal that OneWeb owes their launch partner Arianespace, by far, the most money (more than $238 million). Qualcomm, Deloitte and Deutsche Bank are also among top five largest creditors with unsecured claims.

Russian state space corporation, Roscosmos, is one of OneWeb's contractors. OneWeb has already put 74 satellites in LEO, a small portion of the company's hundreds-strong network to provide global internet coverage, with the last two launches occurring from the Baikonur Cosmodrome. The latest mission, carrying 34 satellites aboard a Russian Soyuz rocket, was successfully launched on March 21.

"Our current situation is a consequence of the economic impact of the Covid-19 crisis," OneWeb CEO Adrian Steckel said.