After 20 Years of Exceptional EUMETSAT Service, Farewell to Meteosat-7

The final command was sent at 09:00 UTC on April 11, 2017, ending the exceptional service record of the entire Meteosat first generation mission, started by in 1977 by ESA. 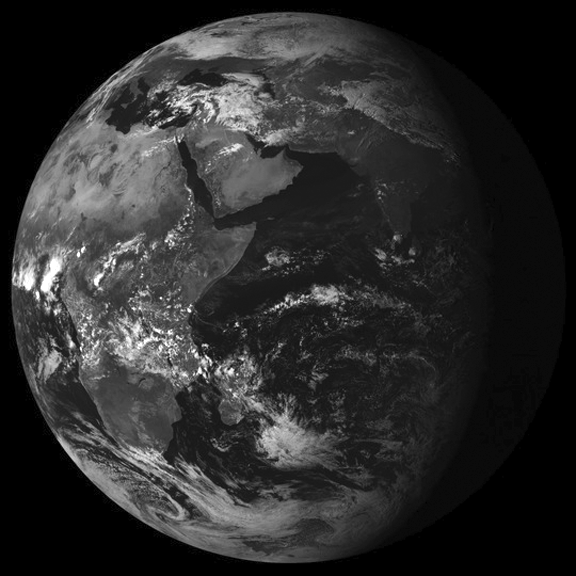 During the past four decades, the series of seven successive Meteosat first generation satellites established the foundations for the products and services EUMETSAT delivers today from the geostationary orbit in support of nowcasting of high impact weather and built up an archive of over 36 years of observations, an invaluable asset for climate change monitoring. The mission also supported large scale international research programs, in particular the Mesoscale Alpine Program and the Indian Ocean Experiment (INDOEX) investigating the impacts of natural and anthropogenic aerosols on regional and global climate.

Over the last ten years, Meteosat-7 has been delivering observations of the Indian Ocean from geostationary orbit. This heritage mission has been provided by Meteosat first generation satellites ever since 1998. After the December 2004 Indian Ocean Tsunami, Meteosat-7 became an essential part of the Tsunami warning system, acting as a relay spacecraft for the Tsunami warning buoys that were put in place.

EUMETSAT’s Director-General, Alain Ratier, said, “This last maneuver puts a safe end to a foundational program. Not only did the successful Meteosat first generation mission give birth to EUMETSAT in 1986 and made it a true satellite operator in 1995, but it shaped satellite meteorology in Europe, testing concepts such as rapid scanning of thunderstorms and extraction of wind vector products from the tracking of water vapor patterns across successive images.” 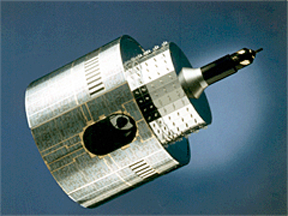 Image of the Meteosat-7 satellite.

Meteosat-7 launched on 2 September 1997 and was developed under the Meteosat Transition Program (MTP). The satellite was designed to fill the gap between the Meteosat Operational Program (encompassing Meteosat-4 to -6) and the first satellite of the second generation, Meteosat-8 (launched on August 28, 2002).

The satellite provided the prime 0 degrees longitude Full Earth Scan Service as of June 3, 1998, until it was replaced by Meteosat-8 on May 16, 2006. On July11,  2006, EUMETSAT moved Meteosat-7 to the Indian Ocean, where it provided the so-called Indian Ocean Data Coverage (IODC) Service from 57.5° East from December 5, 2006, until March 31, 2017, to bridge an important observational gap over the region. Meteosat-7 has been replaced by Meteosat-8, the first Meteosat second generation satellite, at 41.5° East, as EUMETSAT’s best effort contribution to a multi-partner Indian Ocean observation system involving also geostationary satellites of India, Russia and China.