UPDATE: A New Launch Date Set by ULA for the Delta IV Heavy's Launch of the NROL-71 Satellite 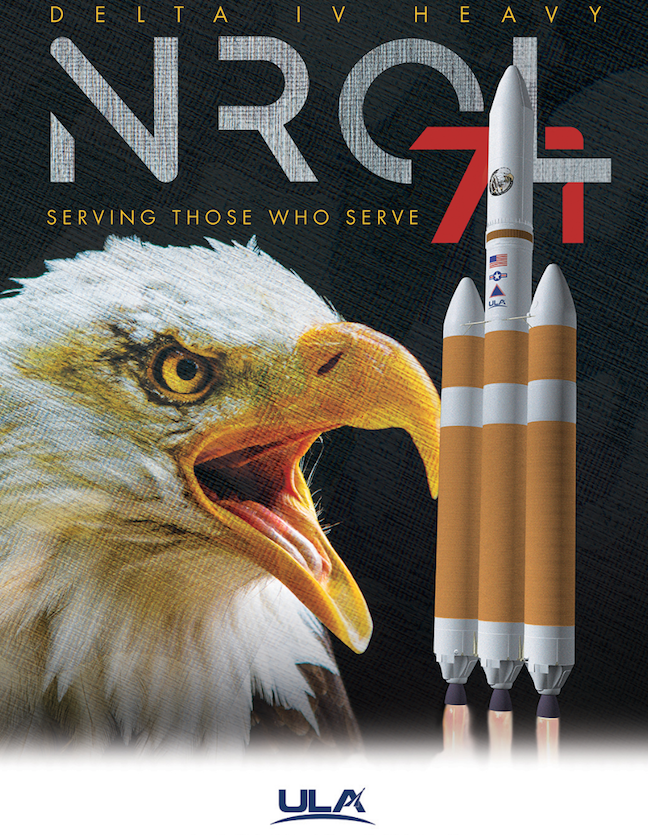 The scrub of this launch for the National Reconnaissance Office (NRO) satellite had been deterred due to elevated hydrogen concentrations within the port booster engine section.

When the launch does occur, a webcast will be available at this direct link...

The National Reconnaissance Office's systems are critical to national security, U.S. policy makers, and warfighters. These systems provide the foundation for global situational awareness, and address the nation's toughest intelligence challenges. Frequently, NRO systems are the only collectors able to access critical areas of interest, and data from overhead sensors provides unique information and perspectives not available from other sources.

The NRO's key customers and mission partners include: policy makers, the Armed Services, the Intelligence Community, Departments of State, Justice and Treasury, and civil agencies. All of them depend on the unique capabilities NRO systems provide:

Together with other Defense Department satellites, the NRO systems play a crucial role in providing global communications, precision navigation, early warning of missile launches and potential military aggression, signals intelligence, and near real-time imagery to U.S. forces to support the war on terrorism and other continuing operations. 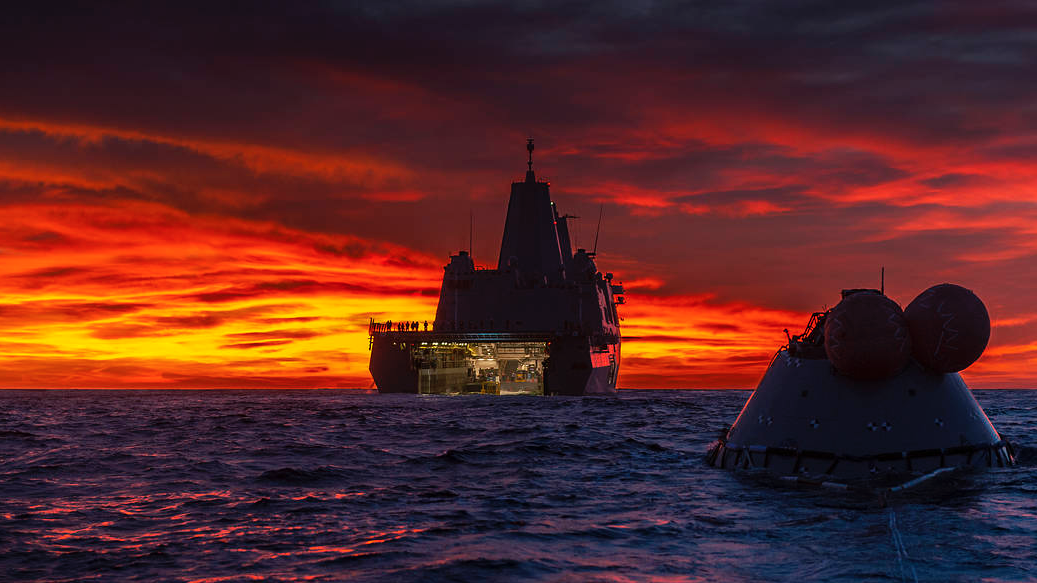 On November 1, 2018, the USS John P. Murtha recovered the test version of the Orion capsule at sunset in the Pacific Ocean. The Underway Recovery Test-7 (URT-7) is one in a series of tests that the Exploration Ground Systems Recovery Team, along with the U.S. Navy, are conducting to validate procedures and hardware that will be used to recover the Orion spacecraft after it splashes down following deep space exploration missions. Orion will have the capability to sustain the crew during space travel, provide safe re-entry from deep space return velocities, and emergency abort.
Photo edited by NASA/Ron Beard, Photo credit: NASA/Tony Gray

With its vigilance from above, the NRO gives America's policymakers, intelligence analysts, warfighters and homeland security specialists the critical information they need to keep America safe, secure, and free.

NROL-71 that will launch aboard a Delta IV Heavy rocket features three hydrogen-fueled common booster cores and a Delta Cryogenic Second Stage. The payload is protected during atmospheric ascent by a composite payload fairing.

The vehicle also launched NASA’s Orion capsule on its first orbital test flight and sent the Parker Solar Probe on its journey to become the fastest robot in history while surfing through the sun’s atmosphere. Having flown 37 missions in a variety of configurations ranging from medium-lift to heavy-lifter, the Delta IV continues the legacy of the Delta rocket family that dates to 1960.

ULA states they are the nation’s most experienced space launch company with more than 120 consecutive launches and a 100 percent mission success rate. ULA brings the utmost precision, passion and purpose to one of the most technically complex, critical American needs: affordable, reliable access to space.