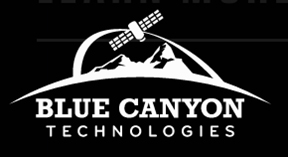 Viasat has selected Blue Canyon Technologies (BCT) to design and manufacture a cubesat for a U.S. Air Force test of a military communications terminal in LEO.

BCT announced plans on August 19 to build a 12-unit cubesat bus equipped with Viasat’s Link 16 terminal to be launched in 2020. U.S. military and NATO allies rely on Link 16, an encrypted radio frequency, to relay information in a line-of-sight from aircraft, ships and ground vehicles. If Link 16 terminals work on smallsats, they could relay military communications beyond a vehicle’s line-of-sight.

BCT, a rapidly growing satellite manufacturer in Boulder, Colorado, is building more than 60 spacecraft for government, commercial and academic customers. For the Link 16 mission, BCT will supply one of the firm’s XB1 spacecraft buses that comes equipped with subsystems including power, propulsion, flight control software, radio frequency communications, attitude control, and guidance, navigation and control.

BCT is currently building more than 60 spacecraft for government, commercial and academic missions. The company has doubled in size over the past 12 months and plans to open its new 80,000-square-foot headquarters and production facility in 2020.

In May, the U.S. Air Force Research Laboratory Space Vehicles directorate awarded Viasat a $10 million contract to test whether a Link 16 terminal on a small satellite could serve as a communications network relay, in a program called XVI. BCT declined to comment on the value of its Link 16 contract with Viasat.

George Stafford, BCT CEO and President, said the company is honored to participate in this important pilot project. To date, Link 16 technology has only been capable of line-of-sight communications. By demonstrating that Link 16 can operate in a space environment on small satellites, the U.S. military can gain beyond-line-of-sight tactical advantages on the battlefield and ultimately keep our troops safer.