[SatNews] ...terrestrial networks are often the first casualty during natural disasters and fixed satellite networks are not able to be deployed as rapidly, flexibly, and cost-efficiently as... 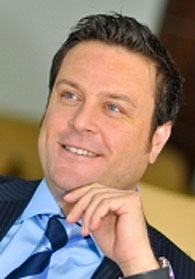 Mobile Satellite Services operator, Thuraya Telecommunications Company today announced it is the proud recipient of the International Telecommunications Union (ITU) Humanitarian Award in recognition of the Company’s invaluable contribution to the ITU’s global efforts to utilize information and communication technologies to save lives during emergencies. This marks the first time that the ITU presents such an award to an organization.

Thuraya’s Chief Executive Officer, Mr. Samer Halawi attended the award ceremony held on October 15 in Dubai during the ITU TELECOM World 2012 Conference, whereby he accepted, on behalf of the company, the honor awarded by the ITU’s Secretary General, Dr. Hamadoun I. Touré.

Mr. Halawi, Thuraya’s CEO said, “On behalf of Thuraya and our employees, we are truly honored to receive this recognition by the ITU for our contribution in providing mobile satellite communications services during times of emergency and disaster recovery. As an organization, we consider ourselves fortunate to work in an industry with such an important social contribution to make. We are fully committed to serving humanity by delivering the essential tools for clear voice, data and video communications, and never leaving anyone out of reach.”

Mr. Halawi also spoke at the ITU TELECOM World 2012 Leadership Summit session on the subject of Emergency Telecommunication, where he emphasized the importance of pre-deployment of satellite communications equipment to ensure that countries take necessary steps to equip their emergency centers with satellite terminals for use during times of emergency or disaster recovery situations.

He urged relief organizations to conduct frequent and periodic testing and training of their personnel to ensure preparedness in the event of a disaster. He welcomed the opportunity for Thuraya to continue to work closely with Government agencies and Non-Governmental Organizations to extend the Company’s satellite services and products.

Thuraya’s XT series handheld mobile satellite phones and the Thuraya IP broadband modems are used by dozens of international Non-Governmental Organizations and Governmental institutions around the globe to support relief and disaster recovery operations. The Company’s satellite footprint covers 140 countries where it provides critical voice communications for relief teams, which is crucial in early-warning communication for disaster preparedness and risk mitigation. Thuraya’s handheld terminals include GPS, voice and GmPRS features which enables location-tracking and supports the coordination of medical services and relief efforts. Combined with Thuraya’s state-of-art satellites which can divert additional power over areas struck with disaster, thus providing reliable, rapidly deployable, and effective solutions for the communications needs during disasters and emergency situations.