SpaceX's futuristic-looking Starship which is intended to carry passengers and cargo to Earth orbit, the Moon and eventually Mars exploded.

A prototype upper stage built as a pathfinder for SpaceX’s planned human-rated Starship rocket literally blew its upper bulkhead Wednesday during a pressurization test. It also appeared by some that the lower bulkhead also exploded but that is yet to be determined. SpaceX's seaside Boca Chica, Texas, launch complex was the setting of the explosion.

The winged rocket stage, which was being tested without its conical nose section, remained upright on its test stand. The ruptured tank emitted vapor that poured out and down the sides of the vehicle before the wind blew it away.

The SpaceX statement, however, said a decision was made before Wednesday's test not to fly the Mark 1 "test article" and instead to press ahead with another, more sophisticated prototype designed to reach orbit. 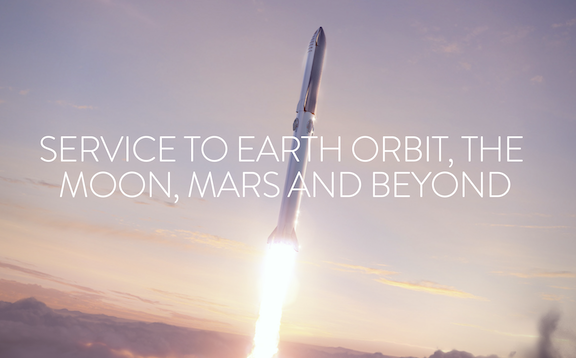 In a tweet from Elon Musk after the explosion...

Musk said the Mark 3 would be a major upgrade compared to the Mark 1, which "had some value as a manufacturing pathfinder, but flight design is quite different."

The final goal is for the Starship to carry passengers on long journeys, and in order to accomplish this the Starhips is powered by six methane-burning Raptor engines, in order for the "Super Heavy" to reach orbit. The Super Heavy will be powered by up to 37 Raptor engines.

The next iteration, the Mark 2, is being built at an industrial park near the Kennedy Space Center in Florida as well as a launch stand at the NASA spaceport. Later a Mark 3 version will be built at the Boca Chica facility in Texas.