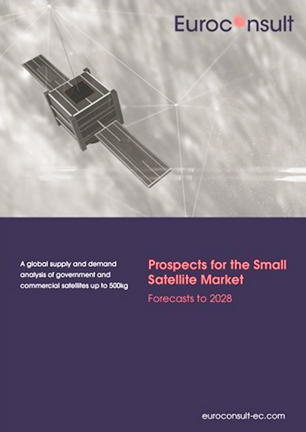 According to Euroconsult's newly released research, Prospects for the Small Satellite Market, the market for small satellite (smallsat) manufacturing and launch will grow from $12.6 billion in 2009-2018 to $42.8 billion in the coming decade from 2019-2028, nearly quadrupling in size. 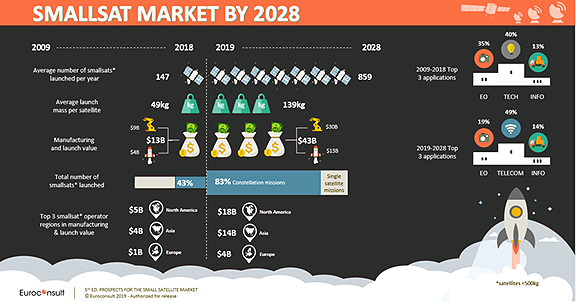 While the growth is led by large constellations such as OneWeb, SpaceX’s Starlink and Amazon’s Project Kuiper, the findings show that the smallsat industry is highly diverse, with demand from a variety of operators, start-ups, universities, and countries.

Key Findings: With data on the period from 2009-2018 for historical trends and 2019-2028 for forecasts, Prospects for the Small Satellite Market is a comprehensive resource for assessment of both current and future trends. It quantifies the changing landscape in the context of market drivers and their impact.

Among the report’s key findings are data points such as:

Alexandre Najjar, Euroconsult Consultant and editor of the report, said the smallsat market continues to grow in significance for investors, manufacturers, the supply chain, and a range of other stakeholders. This report is an essential tool for strategic planning with an unbiased analysis of current and future trends and provides tangible evidence of the increasing demand for smaller and more capable spacecraft.

Find out more regarding this research on the smallsat market by accessing this direct link..