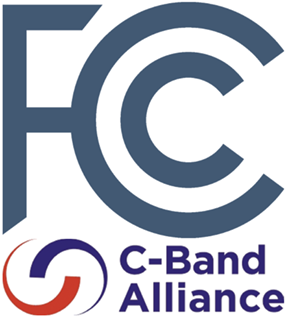 Almost up until the last days of October, the prospects for a decision from the Federal Communications Commission (FCC) regarding the C-Band Alliance’s (CBA) proposals to free up satellite bandwidth over the U.S. seemed to be quite positive.

The CBA’s filing to the FCC on October 29 was timely in that it was the first time anyone had officially talked about increasing the bandwidth to be cleared to now be 300 MHz (280 + 20 MHz ‘guard band’). This was a complete acceptance of the much-trailed demands from the FCC that at least some of the Commissioners wanted 300 MHz as a minimum and that the CBA’s previous 180 MHz simply wasn’t sufficient for the agency.

However, at the same time as their filing was winging its way to the FCC, an important meeting was underway at Capitol Hill where the U.S. Congress Energy and Commerce Committee held a hearing on C-band — more on that meeting in a moment.

The CBA’s filing to the FCC outlined a complete strategy as to how they would handle their project. The CBA said their 300 MHz plan could see 100 MHz cleared in 46 top metropolitan areas within 18 months of an FCC order and 280 MHz throughout the continental U.S. within 36 months from a CBA-led auction. The CBA would tap into new technologies, in particular HEVC (High Efficiency Video Coding) for further signal compression.

The FCC said it had linked with a number of national, regional, and rural wireless operators and its filing detailed a set of principles to guide a process for auctioning off terrestrial rights to C-band spectrum.

“Consistent with the goal of clearing spectrum and completing the auction efficiently and expeditiously, the CBA has proposed to clear a first tranche of 120 MHz of spectrum, inclusive of the 20-MHz guard band, in 46 top metropolitan zones within 18 months of an FCC order. The second tranche of the remaining spectrum would be made available within 36 months of the C-band auction, providing cleared spectrum throughout the entire continental U.S.,” said the statement.

The CBA explained their plans... “The auction design outlined in the principles agreed to by the CBA and the wireless operators addresses the shared goals of fairness and transparency and assures that the auction is open to all qualified bidders, consistent with FCC practice. The auction principles suggest use of a multi-round ascending clock auction format that is substantively similar to other recent FCC auctions. The principles call for a single auction that would include all proposed cleared spectrum, divided into 20 MHz blocks based on PEAs, regardless of clearing timing or tranche. Other principles detailed in the filing include the setting of an aggregate reserve price and the agreement for participants to be bound by the FCC’s communications rules, reporting obligations, and enforcement.”

CBA CEO Bill Tolpegin said, “The alignment of stakeholders in the creation of an open and competitive 5G environment in the U.S. is a significant step forward and a win for all concerned. An expeditious sales process that is transparent, well-understood by potential buyers, and consistent with FCC processes paves the way for our clearing of the spectrum and the deployment of 5G services in C-band within 18 months of an FCC order. We are confident that the CBA proposal generates the greatest value for the U.S. in terms of both public interest and economic benefit. It is the right path for enabling 5G leadership in the United States.”

In its letter to the FCC, the CBA stated, “While we may not agree on all facets of how this proceeding should be resolved, there is strong consensus that all potential, qualified bidders should be welcome to participate and have clarity on the rules and procedures that will govern the sales and licensing process. Openness and transparency are critical to achieving a successful transition for all interested parties. We urge the Commission to use the principles set forth below to give certainty to interested stakeholders through a swift resolution to this proceeding.”

Key elements of the plan state:

A key phrase, however, is that of a “CBA-led auction.” The statement encouraged an instant rise in the share prices of Intelsat and SES (and, to a lesser extent, Eutelsat) and led some observers to believe that the FCC would rule in favor of the CBA’s overall proposal, including permitting the CBA to hold a market-based auction of spectrum.

One additional key aspect was still to be determined and that was how, exactly, it will ‘cost’ the CBA in their voluntary payment to the U.S. Treasury of part of the inevitable windfall financial gains — which are likely to extend into many billions of dollars.

Most observers expect a 25 percent payment of windfall funds, but some grumblers have stated that a 50 percent tax payment would be needed (on the basis of a 50/50 share between the spectrum owners and the government).

The CBA, in its announcement, said, “As it completed the work necessary to enhance its proposal, the CBA collaborated closely with US broadcasters and programmers that serve nearly 120 million American homes via the C-band. This work included analyzing the potential use by some customers of technologies such as advanced modulation, single format transport and advanced video compression, including High Efficiency Video Coding (HEVC). Each of these technologies improves the efficiency of satellite video delivery, allowing the same video content to be transmitted over less spectrum. The CBA proposal commits to implement these technology upgrades at no cost to those satellite customers implementing them.” 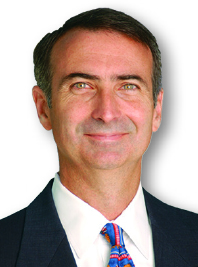 Speaking on behalf of the Alliance, Intelsat CEO Stephen Spengler said, “Throughout this nearly two-year process, we have sought to work collaboratively as peers, to be responsive to the goals of U.S. policy makers seeking spectrum for 5G, and to work closely with our customers to protect their transmissions and understand their current and future network needs. Over this time, compression technology has continued to commercialize. We are confident that we can deliver a solution that not only maximizes the clearing of mid-band spectrum to enable 5G in the U.S., but also fully funds a spectrally-efficient, next-generation compression infrastructure for programming distribution in the US. This solution represents unprecedented coordination among satellite operators, our customers, and the FCC, and we look forward to delivering to the US an accelerated 5G deployment and the innovation and high-technology job growth that the deployment of 5G is expected to generate for the U.S. economy.”

The funds raised by an auction will be partially used to pay for upgrades and filters to be fitted to thousands of C-band dishes across the U.S. and also to order at least eight new satellites to replace the freed-up bandwidth.

These overall tasks are estimated to cost around $2.5 to $3.5 billion. 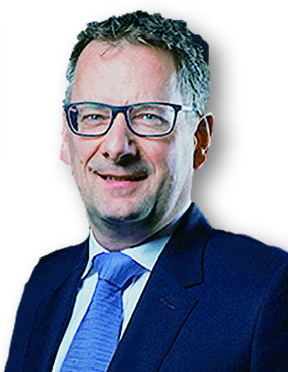 CBA member SES CEO Steve Collar, speaking on October 25, said, “We’re entering an important phase for the repurposing of C-Band in favor of 5G in the US. It’s a truly complex endeavour that the CBA is working incredibly hard and with strong results to show for it. The Chairman of the FCC has again reiterated his belief that there’ll be results to show for all of these efforts in the fall.”

Collar continued, “You’ll see plenty of activity I think in the coming weeks to bring all of the various settlements involved to closure, reinforcing the fact that CBA approach is not only the quickest part of lendable spectrum for 5G broad, potential 5G network builders, but also the only way that does so while protecting incumbent users provides benefit to the US Treasury, and is fair and balanced for all stakeholders.”

Neither Collar, nor Intelsat’s Spengler, are especially keen to talk about how they might use their anticipated windfall. Intelsat’s huge debt would benefit from any income, while SES has admitted that its first priority would be some modest debt reduction (“deleveraging”).

However, then came the meeting on Capitol Hill of the Congress Energy and Commerce Committee on October 29 — optimism was certainly dented. The meeting did not go well for the Alliance.

The Committee already has its Bill (the C-band Act) before Congress and the Bill is co-sponsored by both Democrats and Republicans and seeks to prevent a private auction — as proposed by the CBA — from being held.

Sami Kassab, satellite analyst at investment bank Exane/BNPP, issued a warning note to clients late on Tuesday, October 29. He pointed out that Committee only invited five organizations to appear before it, and only one supports the CBA scheme (tech giant Cisco). Four others were all highly vocal in opposing the CBA’s plan.

Kassab said, “In our view, the nature of this hearing was to provide support for the C-Band Act rather than a fair hearing of various parties arguments. As a result, the discussion was largely negative for the CBA. Whatever lobbying effort the CBA has made on Capitol Hill was hard to see in Representatives statements and questioning. With the four SSOs on one side, the CBA on the other side and Eutelsat in the middle, we also believe the satellite industry is disunited. The inability of uniting all satellite operators is perhaps the most significant failure of Intelsat and SES in the whole process, so far.”

Kassab cautioned that the meeting and other sentiments being aired suggest there are “growing headwinds” for the CBA’s proposals.

He noted, “In our view the two key questions are: First, what level of political support is the C-Band Act going to get from Congress and the [FCC] Administration? Second, can the FCC convince Congress of a hybrid approach (combining elements of the CBA proposal and sufficient regulatory oversight coupled to donations to the Treasury) to alleviate political concerns? This remains the most likely outcome in our view as it provides both for speedy spectrum reallocation and incentives for private parties to free up Spectrum in the future. But political headwinds are multiplying.”

Kassab adds that he believes that the battle between a public and private auction is a “red herring” and said, “An FCC-run auction with proper compensation for satellite operators (to avoid lengthy litigation) is likely to result in similar profits for SES, Intelsat and Eutelsat than a private-run auction with heavy regulatory oversight.”

Steve Spengler, during the Intelsat results in the October 29 announcement, said, “Normally after an FCC order there is a stay period when aggrieved parties may claim irreparable harm to stop the order,” Spengler added saying this period typically lasts only a month or two. That is a very high bar. It is very rare that it is successful.” 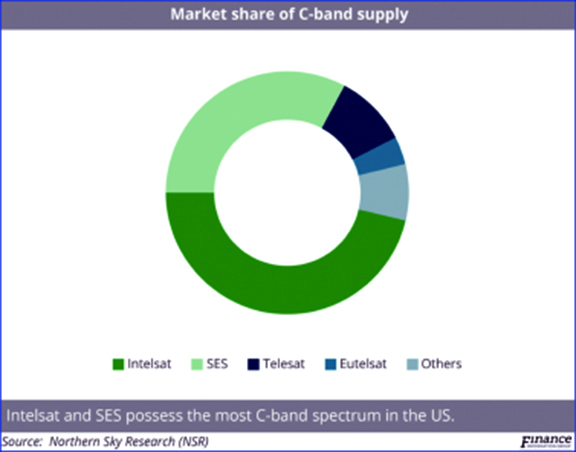 Spengler didn’t rule out potential legal grumbles coming from the scheme’s ferocious objectors towards the FCC. “But we are very confident that the elements of our proposal are consistent with the FCC’s authority. The FCC has broad authority to develop policy that is conducive to the public interest. They have the ability and the focus to write an order that will minimize the litigation risk. They know how to handle these situations.”

The other worry is that adding 55 percent of spectrum from 200 to 300 MHz will reduce the value of the price/megabit any auction (whether carried out by the FCC or the CBA) will achieve. Only an actual auction will prove the true value of the CBA’s spectrum.

Meanwhile, the world’s satellite builders are salivating at the prospects of eight satellites — or more — being ordered to replace and augment existing bandwidth. However, that has to wait for an FCC decision.

The consensus is that the industry might get ‘white smoke’ from the FCC later in November or early December.

Senior Columnist Chris Forrester is a well-known broadcasting journalist and industry consultant. He reports on all aspects of broadcasting with special emphasis on content, the business of television and emerging applications. He founded Rapid TV News and has edited Interspace and its successor Inside Satellite TV since 1996.  He also files for Advanced-Television.com.
In November of 1998, Chris was appointed an Associate (professor) of the prestigious Adham Center for Television Journalism, part of the American University in Cairo (AUC), in recognition of his extensive coverage of the Arab media market.