[SatNews] In the latest example of NASA Kennedy Space Center's transformation into a multi-user spaceport, Sierra Nevada Corporation (SNC) of Louisville, Colo., announced Thursday steps it will take to prepare for a November 2016 orbital flight of its Dream Chaser spacecraft from Florida's Space Coast.

The announcement included the purchase of an Atlas V rocket from United Launch Alliance (ULA) for the launch, sharing the Operations and Checkout (O&C) development and testing facility with Lockheed Martin Space Systems, establishing an operation center at Kennedy Space Center and using the former Shuttle Landing Facility (SLF) runway at Kennedy. The steps are considered substantial for SNC and important to plans by NASA and Space Florida for Kennedy's new availability to both commercial and government customers. 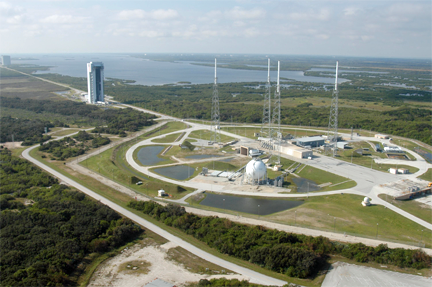 The Dream Chaser spacecraft is designed to carry crew and critical cargo to destinations, as well as perform servicing and science in low-Earth orbit. SNC said intends to complete Dream Chaser missions with a landing on the 3.5-mile runway at the SLF. Space Florida, which will operate the SLF in the future, will negotiate the terms and conditions for the runway's use with SNC. The company said it plans to prepare the Dream Chaser spacecraft in the high bay of the O&C building at Kennedy, with Lockheed Martin performing the work. The facility also is used for the development, assembly and testing of NASA's deep space Orion spacecraft. Dream Chaser testing will take place without disrupting Orion, NASA's flagship human exploration vehicle. SNC also plans to lease office space at Exploration Park, located just outside Kennedy’s gates. 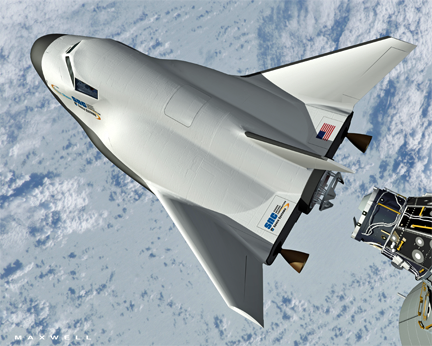 The Dream Chaser spacecraft is deep into development of flight hardware and specific plans ranging from ground support equipment to what to include in a mission operations center.