A NASA rocket mission to study disturbances in the upper atmosphere, which interfere with communication and technology systems, will form night-time white artificial clouds visible by residents of the Republic of the Marshall Islands during two rocket flights to occur between June 9 and 21. 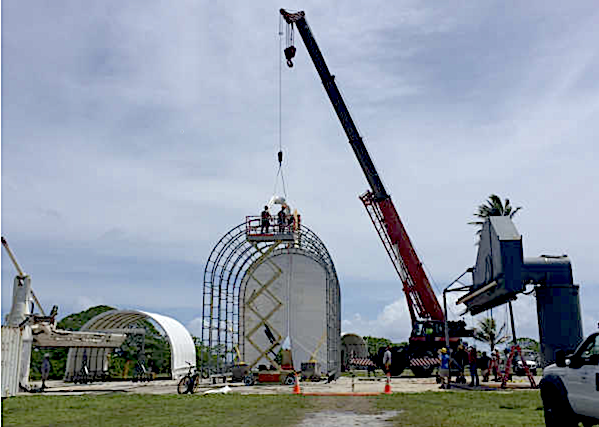 This the second flight of the Waves and Instabilities from a Neutral Dynamo, or WINDY, mission. The mission this time is referred to as Too-WINDY — it’s catchier than WINDY 2.

Too-WINDY will study a phenomenon that occurs in the ionosphere – a layer of charged particles in the upper atmosphere. Known as equatorial spread F, or ESF, these disturbances occur after sunset at latitudes near the equator in part of the ionosphere known as the F region. The disturbances can interfere with radio communication, navigation and imaging systems and pose a hazard to technology and society that depends on it.

The Too-WINDY mission consists of two NASA suborbital sounding rockets that will be launched five minutes apart in a window between 8 p.m. and 3.a.m. local time (4 a.m. and 1 p.m. EDT) June 9 to 21 from Roi-Namur. The Kwajalein Atoll in the Marshall Islands is near the magnetic equator, where post-sunset ionosphere storms are more intense, making the site an ideal location for these studies.

The first rocket launched, a two-stage 47-foot long Black Brant IX rocket, will carry and release both tri-methyl aluminum (TMA) and lithium. The release of the lithium vapors is not visible to the naked-eye but can be viewed with the special cameras.

The TMA will form white artificial clouds that glow in the night sky. Scientists on the ground and from a NASA Langley Research Center aircraft will photograph the movement of these clouds to measure the winds and energetic particles that are in motion in the upper atmosphere. The clouds are expected to be visible for about 30 minutes.

TMA reacts spontaneously on contact with oxygen to produce a pale white glow visible from the ground. For the Too-WINDY mission, sunlight reflected by the Moon, will illuminate lithium producing an emission that can be detected with cameras equipped with narrow-band filters. Using moonlight allows the launches to occur later in the evening when the critical ESF conditions occur.

The second rocket, also a Black Brant IX, will be launched five minutes after the first rocket. The second rocket carries instruments to measure ionosphere densities and electric and magnetic fields present in these storms. 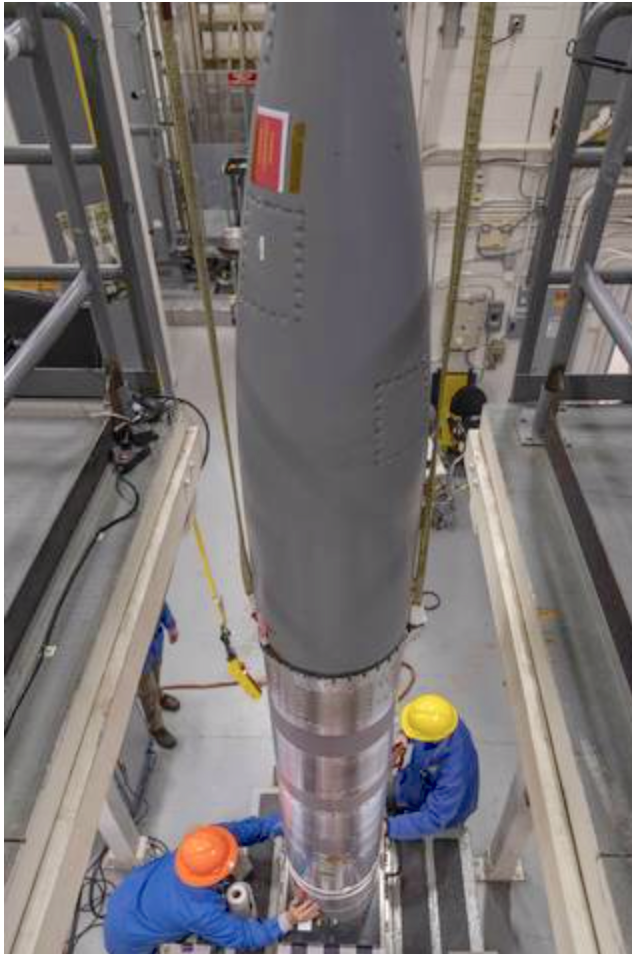 One of the two Too-WINDY payloads is prepared for vibration testing at NASA’s Wallops Flight Facility prior to shipment to the Marshall Islands. Credits: NASA / Berit Bland

During WINDY, launched in September 2017, the second rocket payload did not obtain useful data. Improvements have been made to the payload’s instruments to correct for the anomaly during the WINDY mission.

The ionosphere is defined as the layer of Earth’s atmosphere that is ionized by solar and cosmic radiation. Ionization occurs when incoming energetic radiation strips electrons from atoms and molecules, creating temporarily charged particles.

The nighttime ionosphere has two layers E and F. Disturbances in the F layer, the layer studied by Too-WINDY, degrade radio and radar signals at magnetic latitudes. Predicting these disturbances ahead of time, could help improve the reliability of space-borne and ground-based communication systems.

Too-WINDY attempts to answer questions about the origin of ESF by measuring how horizontal thermosphere winds influence the formation of ESF, as well as taking direct measurements of ionosphere densities and electric and magnetic fields inside these storms.

Data from the ARPA Long-Range Tracking and Instrumentation Radar, or ALTAIR, located on Kwajalein Atoll will play a key a role in the mission. ALTAIR is used to monitor the state of the upper atmosphere and ionosphere in order to determine when the large-scale disruptions occur and will tell the scientists when to launch the rockets. ALTAIR also will be used to monitor the evolution of the ESF after the rockets launch.

More information on NASA sounding rocket missions and the use of artificial clouds and vapor tracers in science research is available at.