The 2018 Rolex Sydney Hobart Yacht Race ran from Boxing Day, December 26 through December 31 and is a grueling 628-nautical mile race. 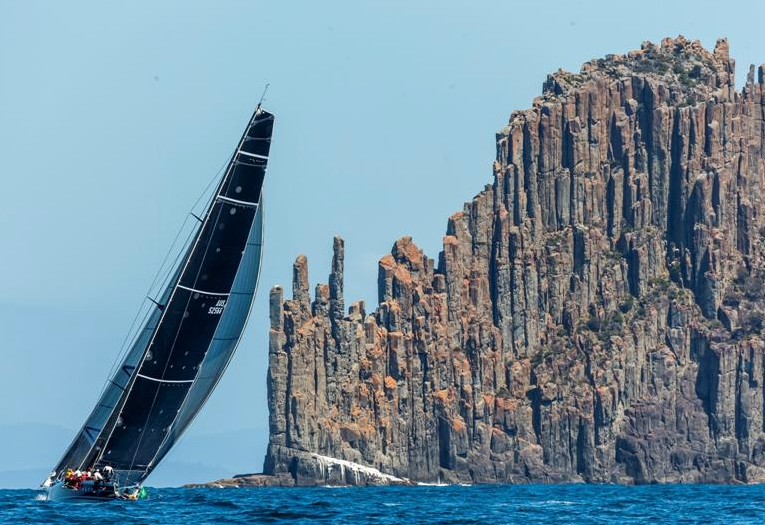 All Sat Communications sponsored the crew of Tattersall Cup contender ‘Celestial’ with 14 Ocean Signal rescueME MOB1s for the 2018 Rolex Sydney Hobart Yacht Race which improved the safety of everyone on board the TP 52 racing yacht.

The personal man overboard device automatically triggers in the event of a man overboard situation. The MOB1 transmits the first alert within 15 seconds to all AIS receivers and AIS-enabled plotters in the vicinity as well as activating the DSC alarm on the vessel’s VHF radio to alert fellow crew members. It also provides visual indication with the integrated strobe light.

The elite crew, was led by owner and skipper CYCA Rear Commodore Dr Sam Haynes, with Ben Rice as navigator, and carried the light and compact rescueME MOB1s on their life jackets to ensure the best chance of rescue should anyone fall overboard during the 74th edition of the famous Boxing Day race.

All Sat Communications director Ian Veitch said that safety was of paramount importance during this historic race so they are proud to provide Ocean Signal’s market-leading products and to have contributed to keeping the competitors as safe as possible. The MOB1 with both AIS and DSC technologies made a huge difference to how quickly a yacht can navigate back to a person in the water, particularly in difficult conditions or at night. These devices are popular with crew because they are so small and compact, but still easy to use.

Several crew members on other boats competing in the race also chose to use Ocean Signal MOBs, as well as the Ocean Signal rescueME PLB1s personal locator beacons and other devices.

Launched in 2007, Celestial was designed by Judel/Vrolijk (Germany) and has been formerly known as ‘Wot Now/Shogun 1’ and ‘Fomo’. Haynes finished third overall in the 2013 Sydney Hobart Race in his previous Celestial.

Organized by the Cruising Yacht Club of Australia with the co-operation of Royal Yacht club of Tasmania, the Rolex Sydney Hobart Yacht Race has led the way in race communications and sea safety, maintaining the highest standards of yacht construction, rigging and stability for ocean racing yachts.