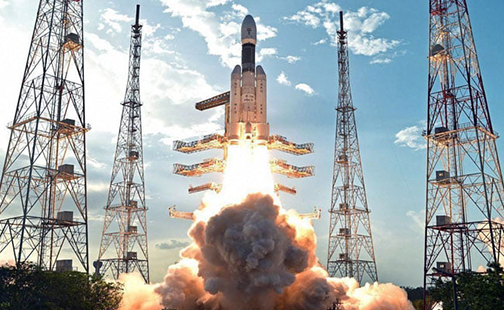 An ISRO GSLV MKIII lifting off.

In a story posted by NDTV, India's first manned space flight — Gaganyaan — is expected to send three persons into the space for seven days and the spacecraft will be placed in LEO.

Giving details of the program at a press conference, Minister of State for Atomic Energy and Space, Jitendra Singh, said GSLV Mk III, the three-stage heavy lift launch vehicle, will be used to launch Gaganyaan as it has the necessary payload capability. He said two unmanned Gaganyaan missions will be undertaken prior to sending humans.

"The total program is expected to be completed before 2022 with the first unmanned flight within 30 months. The mission will aim to send a three-person crew to space for a period of seven days. The spacecraft will be placed in a low earth orbit of 300-400 km. The programme is expected to cost less than Rs. 10,000 crore," Mr Singh said. "The mission will make India the fourth nation in the world to launch a Human Spaceflight Mission."

The Gaganyaan mission was announced by Prime Minister Narendra Modi during his Independence Day address. He had said that by 2022, or even before that, some of the young boys and girls will unfurl the Tricolor in space. Mr. Sing said the complex program will truly be a national endeavor with the participation of ISRO, academia, industry as well as other government and private agencies as stake holders.