The center, or CCC, absorbed the Air Force Network Integration Center, Air Combat Command’s Cyberspace Support Squadron and the 38th Cyberspace Readiness Squadron, which were all located at Scott Air Force Base and deactivated during a ceremony. The center will provide future opportunities to enhance how the USAF provides Enterprise IT capabilities and will better support and develop Airmen working in this mission set. 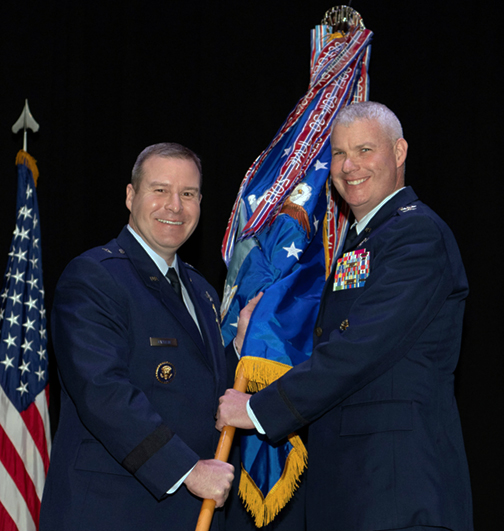 The CCC falls under Air Combat Command, which accepted cyber responsibilities in the summer of 2018. ACC has been making strides to foster innovation and integrate cyber functions to better support combatant commander requests for forces. The secretary of the Air Force and Air Force chief of staff directed the realignment to ACC to help the service support the National Defense Strategy’s goal of preparing for a future high-end fight.

With the consolidation, Col. Marc Packler, former AFNIC commander, was tapped to lead the new center with Chief Master Sgt. Addison Spencer, former AFNIC superintendent, as the new CCC superintendent. Packler said there is a long history and tradition of excellence from the CYSS and CYRS — the discipline, attitude and teamwork they exhibited has impacted the entire Air Force enterprise. They should thrive under this new construct and enhance the USAF's capabilities to meet warfighter requirements around the globe.