The ASU Phoenix CubeSat team successfully launched its satellite from the International Space Station on February 19, marking one of the goals in a years-long project by the University. 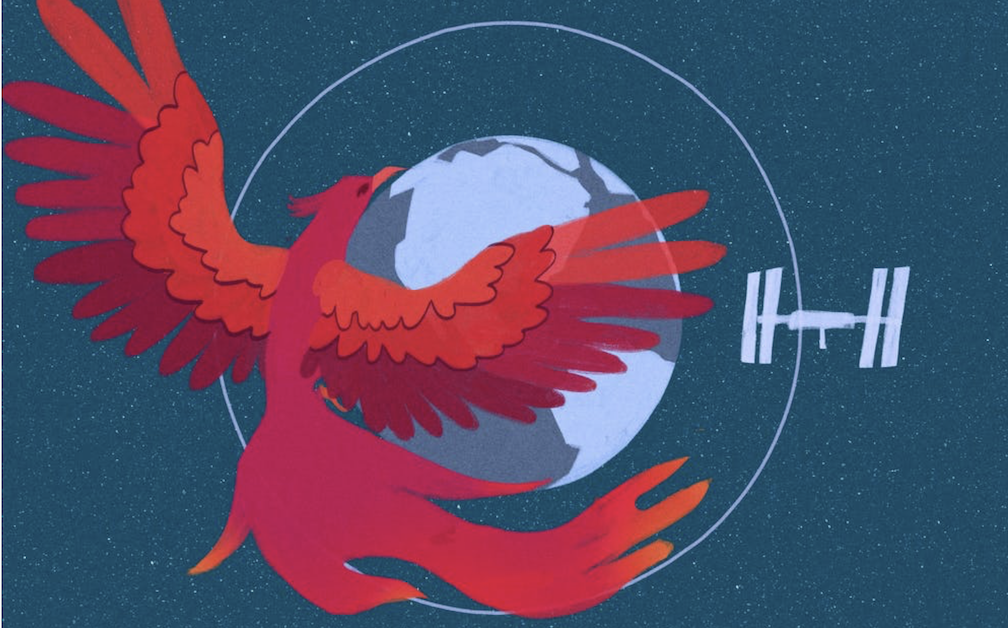 Photo by Adrienne Green | The State Press "After over four months of sitting aboard the International Space Station, the spacecraft and its team have been prepared for its launch into low Earth orbit." Illustration published on Monday, February 24, 2020.

After more than four months of sitting aboard the International Space Station, the spacecraft is now in low orbit close to where it was launched.

Sarah Rogers, project manager of the Phoenix CubeSat and an aerospace engineering graduate student, said the CubeSat was launched from the ISS from a deployer pod and, upon command, was pushed into space using a spring.

Each CubeSat was deployed within an hour and a half of each other to ensure there was enough space between them, Rogers said.

After it was launched into orbit, the Phoenix team successfully completed their first task, which was hearing the radio waves of the satellite from a ground station.

Now they are in the operations phase, where they will gather as much information as they can and make sure everything is functioning properly. Rogers said this phase is incredibly "stressful and tricky" because the team has such a short window of communication with the satellite.

"If you can't fix something within your operations window, you could lose your spacecraft entirely," Rogers said.

Going forward, the team will take steps in order to efficiently calibrate the satellite while it is in orbit, said Yegor Zenkov, the lead engineer of the payload team and a materials science and engineering junior.

Zenkov said that because conditions in orbit may vary from the conditions used during the team's simulated lab, they will compare temperature references, the surface of the ocean and data from weather stations in order to calibrate the satellite.

The team is also working on stabilizing the spacecraft and positioning its solar panels.

"The attitude control system helps control the orientation of the satellite. It will kick in and slow it down to where it can point and orient its solar panels towards the sun," Rogers said. "It can start generating power from the batteries, which then will supply power to the rest of the spacecraft.”

The ultimate goal of the Phoenix CubeSat is to use images from the satellite to study the Urban Heat Island Effect, which is a phenomenon in which the structure of the city causes a rise in surface temperature. This will allow them to help develop a more sustainable infrastructure for future generations, Rogers said.

Alec Lee Spencer Niblett IV, the science team's lead and an anthropology senior, is primarily responsible for categorizing and analyzing the urban heat island effect through the images from Phoenix.

When the Phoenix CubeSat stabilizes, it will begin to take photos of various U.S. cities and send the information back. The team will use the images to demonstrate the density of buildings in multiple cities in order to better understand the heat island effect.

“The image will come in packets. Once downloaded, we need to decrypt those packets, which gives us an image,” Niblett said. “(The pictures) will have a data packet that has telemetry information with it, which will say the orientation of the satellite, the inclination, the target point, the altitude and the time and date. It won’t be georeferenced.”

Rogers said she is excited to see the data products that the CubeSat will generate applied to the real world.

"We're not only benefiting people at this university but other universities as well," Rogers said.

By Danya Gainor, The State Press