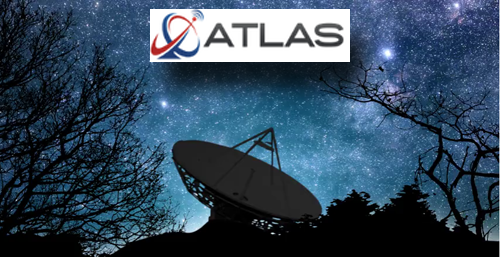 ATLAS Space Operations, Inc. has been awarded a contract for the Space Communications and Navigation (SCaN) Program’s Space Relay Partnership and Services Study by NASA.

Prime contractor ATLAS partnered in its proposal with Laser Light Communications, Inc., a company engaged in advanced optical communications and data distribution via their proprietary HALO Global Network. Both firms are founders of the Empower Space Alliance. As part of the contract, ATLAS will explore ways to help NASA enable new and greater scientific discovery, improve communication and navigation services, and reduce development and operations costs for both networks and missions.

Infographic is courtesy of NASA.

During the evaluation process, NASA found that ATLAS’s proposal “would provide substantial value to the government through completion of its study.” In recognition of ATLAS’s promising technology and industry experience, ATLAS was the only small business that was awarded a contract.

ATLAS Space Operations is at Satellite 2019 at the Walter E. Washington Convention Center in Washington, D.C. from May 6-9, at stand #2142. At the booth, show attendees can learn more about this program. ATLAS industry experts will also be on hand to discuss the latest trends in space communications, including technology, security and the new space economy.

Sean McDaniel, CEO and Founder of ATLAS, said this study will enable the company to outline and validate for NASA the benefits of a secure, commercially-owned and operated solution for space-based optical communications in near Earth and Deep Space. NASA’s awarding of this contract to participate in the study is the latest step in ATLAS’ mission to demonstrate the value of integrating advanced commercial communication technology in government applications. The company is especially proud to be the only small business and new entrant in this sector, which represents NASA and the government’s interest in new approaches and applications in space communications.”

Bob Brumley, CEO, Laser Light.Working with Atlas on its submission to NASA for this study, was a tangible extension of our existing relationship as founders and partners in the Empower Space Alliance. This study will enable the firm to outline and validate for NASA, the benefits of a secure, commercially-owned and operated solution for space-based optical communications in near Earth and Deep Space.

ATLAS Space Operations has also agreed to augment PlanetiQ’s ground station operations and provide telemetry, commanding, and data support for that firm’s constellation of 20 smallsats. ATLAS will support the LEO constellation via their global network of ground stations.

PlanetiQ’s initial set of satellites launches in the fall of 2019, with the “Pyxis” — a fourth generation radio occultation (RO) instrument powerful enough to provide more than 10 times the amount of data than current operational RO sensors are providing. The Pyxis regularly detects atmospheric conditions to the surface of the planet with high resolution temperatures, pressures and water vapor content. PlanetiQ’s constellation is slated to collect over 50,000 soundings per day, evenly distributed around the globe.

Mike Carey, Chief Strategy Officer and Co-Founder of ATLAS, noted that the company is looking forward to working with PlanetiQ to work high end weather missions with COSMIC-2’s and now PlanetiQ’s GNSS-RO missions.