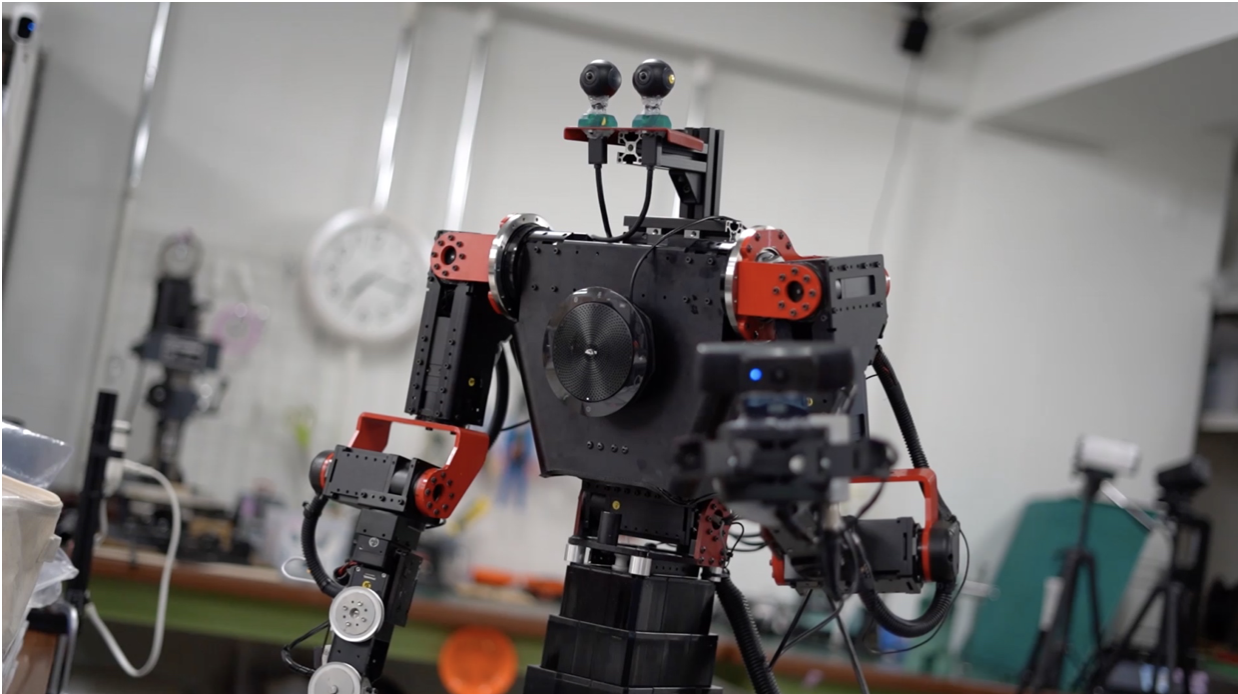 News comes from GITAI, which is developing task substitution robots specifically for space applications regarding their latest funding round that has completed US$4.1M fundraising as of June 2019.

GITAI is considering carrying out further capital raising in this round, with the goal of completing fundraising activities within this year, backed by a number of investors and corporate investors, with whom discussions are currently under way. The maximum total raised is expected to be US$10 million.

GITAI plans to utilize the funds obtained from the current round to support the ongoing development of their task substitution robot, and for the planned launch of a demonstration model to the International Space Station (ISS) by the end of 2020.

The following is an article from IEEE Spectrum ...

GITAI is a robotics startup with offices in Japan and the United States that’s developing tech to put humanoid telepresence robots in space to take over for astronauts. Today, GITAI is announcing a joint research agreement with JAXA (the Japanese Aerospace Exploration Agency) to see what it takes for robots to be useful in orbit, with the goal of substantially reducing the amount of money spent sending food and air up to those demanding humans on the International Space Station.

It’s also worth noting that GITAI has some new hires, including folks from the famous (and somewhat mysterious) Japanese bipedal robot company SCHAFT. A quick reminder about SCHAFT: The company was founded by members of the JSK Laboratory at the University of Tokyo in order to build a robot to compete in the DARPA Robotics Challenge Trials in 2013. SCHAFT won the DRC Trials by a substantial margin, scoring 27 points out of a possible 32, 7 more points than the second place team (IHMC). DARPA wasn’t the only one impressed with SCHAFT’s performance: Google was too, and it acquired SCHAFT (along with Boston Dynamics and a bunch of other high-profile robotics companies) soon after.

Due to what seemed to be resistance from Google, however, SCHAFT did not compete in the DRC Finals, and we didn’t hear much from them until 2016, when they demonstrated a new walking robot. SoftBank attempted to buy SCHAFT from Google in 2017, along with Boston Dynamics, but reportedly the deal fell through after “one or more SCHAFT employees refused to be part of SoftBank.” 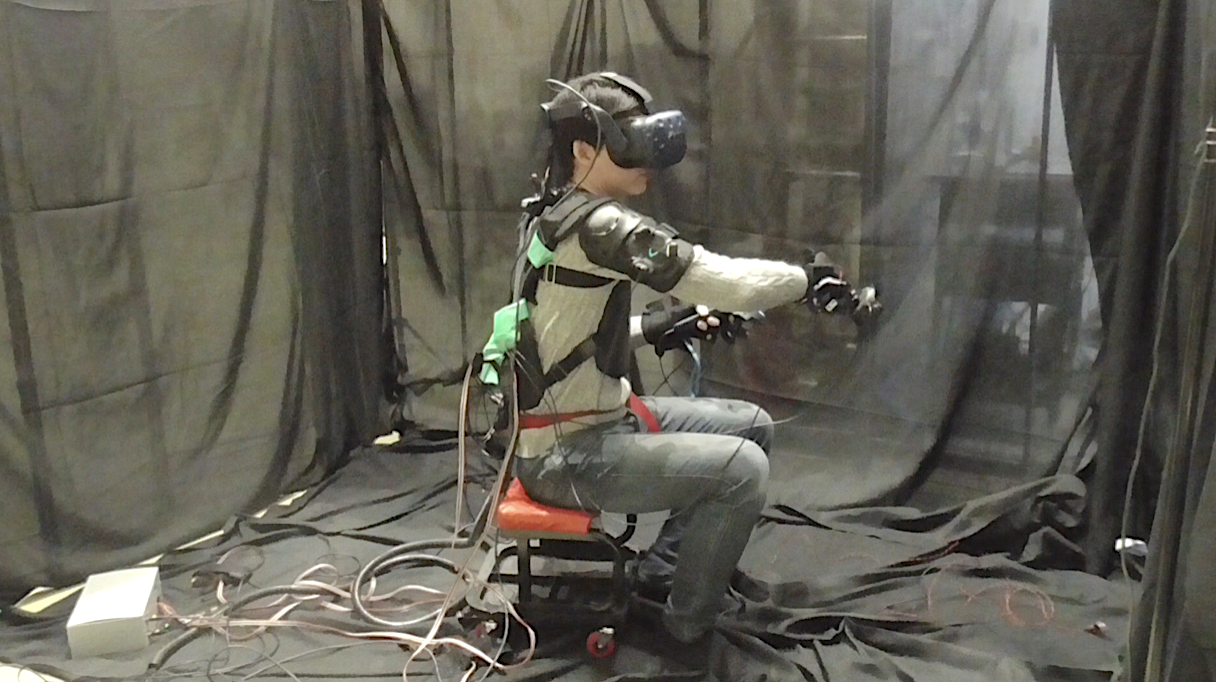 It now seems that at least two SCHAFT employees have joined GITAI, including SCHAFT founder and CEO Yuto Nakanishi and SCHAFT software engineer Ryohei Ueda. Here’s a statement from Dr. Nakanishi describing how he ended up at GITAI.

“I have devoted my entire life to robots. Over these past eight years, I have helped establish SCHAFT to make bipedal robots a reality, a childhood dream of mine, came in first at the DARPA Robotics Challenge, and have continued to work toward the practical application of bipedal robots after being acquired by Google. SCHAFT was dissolved by Google at the end of 2018, but I have no regrets at present, because we at SCHAFT worked on bipedal robotics at the highest level in the world, and did everything possible at the time. I have one more childhood dream. And that is to create the first robot that works in space. I have had several opportunities to encounter a number of enterprises since the dissolution of SCHAFT, and am confident that GITAI is the team that will help realize this dream, which is why I have decided to join their efforts. We will definitely create the world’s greatest robot, that will work in space. Look forward to it.”

I don’t know about you, but I’m excited to see the world’s greatest robot working in space. And it might look something like this:

Here’s how GITAI and JAXA describe their plans for the robot: 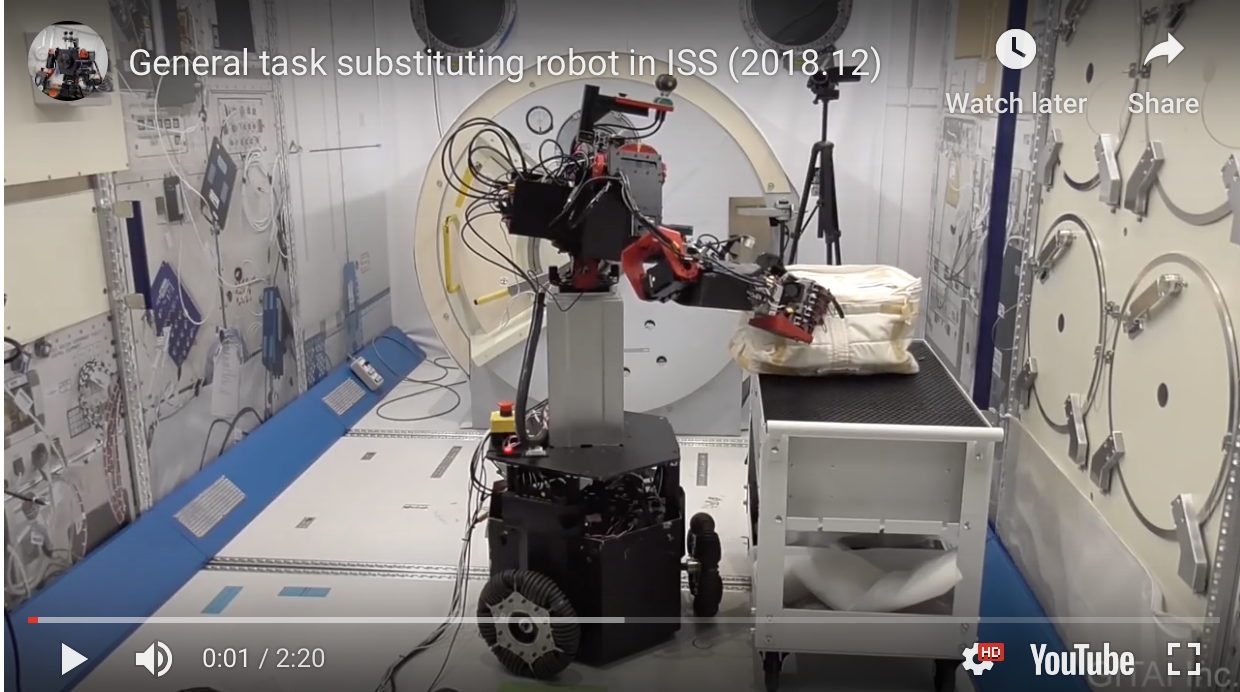 Accompanying the increasing international competition to develop space in recent years, the work in outer space is rapidly increasing since, in addition to the International Space Station (ISS), private US and other companies have begun building multiple commercial space stations, such as space hotels and space stations for scientific experiments.

GITAI aims to replace astronauts with robots that can work for a long time while being remotely controlled from Earth while in low Earth orbit space stations to reduce the burden on astronauts, shorten the time it takes to perform work in space, and reduce costs.

From December 25-27, 2018, in JAXA’s mock-up of Kibo, the International Space Station’s Japanese Experiment Module, GITAI conducted an experiment in using the GITAI robot as a substitute for an astronaut, based on a list of astronaut tasks provided by JAXA. The GITAI robot was found to succeed in completing 72 percent (13/18) of the tasks.

GITAI says that their robots will “reduce the cost of space work to 10 percent” of the cost of using a real astronaut, by instead relying on earthbound humans for immersive teleoperation. As you might expect, the trouble with immersive teleoperation between Earth and orbit is getting data back and forth over a restrictive network. Part of GITAI’s secret sauce involves compressing “data of 360° camera with resolution of 2.7K from original data volume of 800 Mbps to average 2.5 Mbps.” At the same time, they’ve managed to reduce latency to 60 ms, which is really quite good, for talking to space. The plan is to get all of this working in low Earth orbit by 2020.

For more details, we spoke with GITAI’s founder and CEO Sho Nakanose via email.

IEEE Spectrum: Why did you decide to work on telepresence robots for space?

Sho Nakanose: We want to solve the cost and safety problems of human travel by using robotics technology. Further, the problem of human travel is the most urgent and deep-rooted in the space industry and so we are working on space telepresence robots because they can be made practical faster than autonomous robots.

How does the robot you are developing compare to other humanoid robots designed for working in space, like NASA’s Robonaut 2?

There are two major points of difference. The first is the design concept. Other humanoid robots like Robonaut 2 had a strong focus on innovation for research purposes. Our focus is on a practical design that takes into account the actual space network infrastructure and the ability to do general work in a short time inside space stations and being able to be operated for a long period of time.

The second is technological strength. When focusing on practicality, improving the quality of the image viewed by the operator while at the same time minimizing the communication delay have the most direct impact on the operational performance of remotely operated robots. For this reason we have developed unique image data reduction and compression technology and low-latency communication technology in addition to developing robot technology. 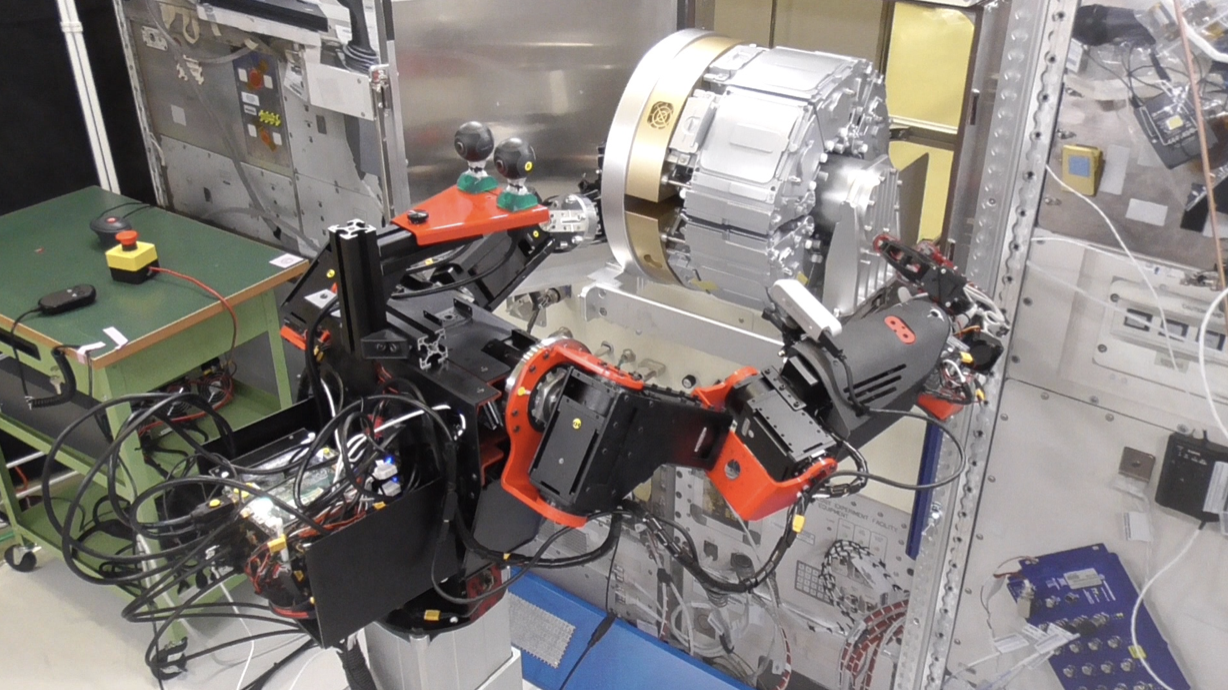 What tasks in space are best for teleoperated robots? What tasks will astronauts need to do instead?

Remotely operated robots are optimum for simple work that does not need to be done by a human and for dangerous work outside the craft. With the time that is freed up, astronauts can spend time on other activities, such as advanced work and investigations.

How could the systems and interfaces aboard the space station potentially be changed to make it easier for robots to work with them?

What do you think about the future of telepresence space robots beyond low Earth orbit?

However, when working on the surface of the moon, for example, the physical delay alone is at least 1.2 seconds, so it will be difficult to use telepresence robots, and we think there will be a need to conduct work using semiautonomous/semiremotely operated robots. We are conducting research led by a robot PhD who developed autonomous robots, so in our research and development work we are actively pursuing the development of autonomous robots.

Special thanks to Fan Shi for connecting us with GITAI.