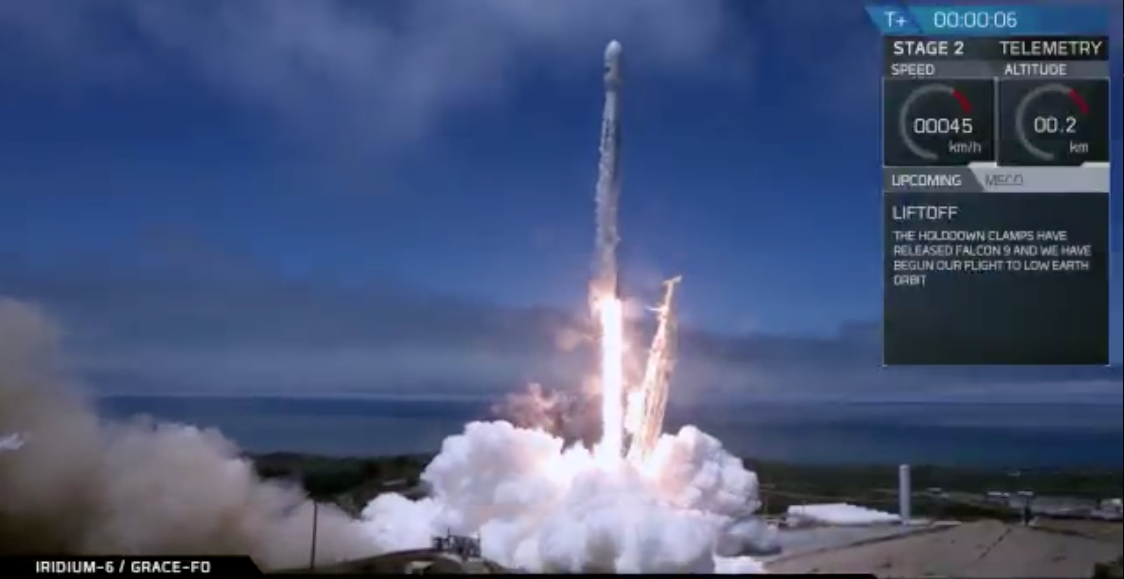 SpaceX's Falcon 9 launched a total of seven satellites on Tuesday, May 22,  at 12:47 p.m. PDT. The launch includes Iridium-6 and GRACE-FO satellites from Space Launch Complex 4E (SLC-4E) at Vandenberg Air Force Base, California. The instantaneous launch opportunity occurred right on the second. The GRACE-FO were deployed approximately eleven minutes and thirty seconds after launch, that will be followed by the deployment of five Iridium® NEXT satellites beginning about an hour after launch. SpaceX will not attempt to recover Falcon 9’s first stage after launch.

This isn't a first meeting for Iridium's GRACE-FO as the Falcon 9’s first stage for the Iridium-6/GRACE-FO mission previously supported the Zuma mission from Space Launch Complex 40 (SLC-40) at Cape Canaveral Air Force Station in January 2018.

For this sixth Iridium mission, five Iridium® NEXT satellites will be launched as part of the company’s campaign to replace the world's largest commercial satellite network. A total of eight Iridium NEXT launches are planned with SpaceX, which will deliver 75 new satellites to orbit. In total, 81 satellites are being built, with 66 in the operational constellation, nine serving as on-orbit spares and six as ground spares. Iridium is the only satellite communications network that spans the entire globe. 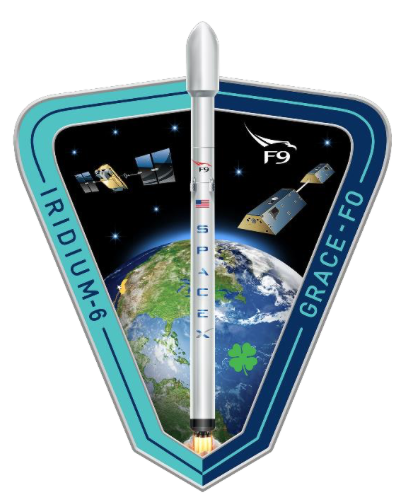 Iridium NEXT is one of the largest "tech upgrades" in space history. The process of replacing the satellites one by one in a constellation of this size and scale has never been completed before. The new constellation is enabling the development of innovative products and services including Iridium CertusSM, the Company’s next-generation broadband solution for specialized applications, like safety services, data and communications, remote monitoring, tracking and more.

The NASA/German Research Centre for Geosciences (GFZ) GRACE Follow-On (GRACE-FO) mission will continue GRACE’s 15-year legacy of tracking the movement of Earth’s mass. As its twin satellites fly over areas of higher and lower mass, the distance between them changes slightly due to gravitational forces. By precisely measuring these changes, the distribution of Earth’s mass can be mapped monthly and tracked over time. This data can be used to monitor changes in ice sheets and glaciers, underground water storage, water in large lakes and rivers, and sea level, providing a unique view of Earth’s evolving climate and its water and energy cycles, with far-reaching societal benefits. 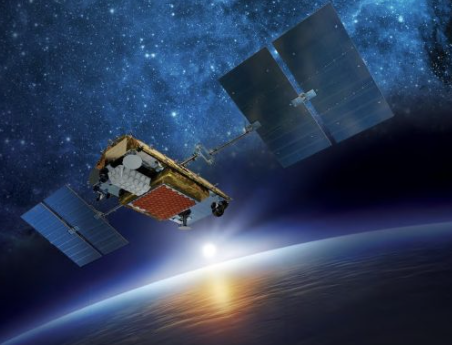 SpaceX’s Space Launch Complex 4E at Vandenberg Air Force Base, California, has a long history dating back to the early 1960s. Originally an Atlas launch pad activated in 1962, SLC-4E was in active use until its last Titan IV launch in 2005. SpaceX’s groundbreaking was in July 2011, and the pad was completed just 17 months later in November 2012.

SpaceX took advantage of some existing pad infrastructure, but implemented extensive modifications and reconstruction of the launch complex. Part of the renovation included tearing down a 30+ story mobile service tower and a 20+ story umbilical tower. Ninety-seven percent of these units were recycled.

SLC-4E consists of a concrete launch pad/apron and a flame exhaust duct. Surrounding the pad are RP-1 and liquid oxygen storage tanks and an integration hangar. Before launch, Falcon 9’s stages, fairing and the mission payload are housed inside the hangar. A crane/lift system moves Falcon 9 into a transporter erector system and the fairing and its payload are mated to the rocket. The vehicle is rolled from the hangar to the launch pad shortly before launch to minimize exposure to the elements.

GRACE-FO carries on the legacy of the original GRACE mission, which launched in 2002 on a planned five-year mission and concluded operations in October 2017 (well beyond the anticipated expiration date). Among its insights, GRACE transformed the information of the global water cycle by showing how masses of liquid water and ice are changing each month. The mission also added to the knowledge of large-scale changes in the solid Earth. GRACE-FO will provide continuity for GRACE’s landmark measurements for at least another five years, further improving scientific understanding of Earth system processes and the accuracy of environmental monitoring and forecasts. 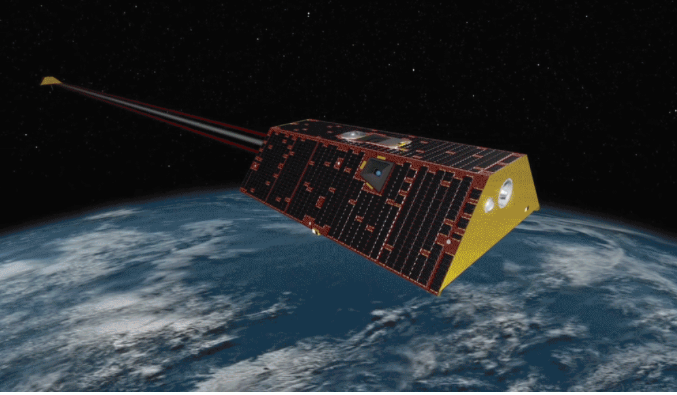 GRACE obtained its data on the movement of Earth’s mass by precisely measuring slight changes in the distance between two spacecraft that flew one behind the other around Earth. When the satellites encountered a change in the distribution of Earth’s mass, such as a mountain range or mass of underground water, Earth’s gravitational pull on the spacecraft changed the distance between them. The Himalaya Mountains, for example, changed the separation distance by about three-hundredths of an inch (80 micrometers). By accurately calculating each month how the satellites’ separation distance changed during each orbit and over time, it was possible to precisely detect changes in Earth’s mass distribution.

Measuring the change in the separation between the spacecraft was possible to a high degree of precision because each spacecraft was transmitting microwaves toward the other. The way the waves interacted with each other — the way they interfered with each other— created a microwave interferometer in space. This process essentially transformed the two spacecraft into a single instrument that could very precisely measure the distance change between them, which in turn can be related to changes in the mass distribution on Earth.

This latest version of GRACE-FO works on these same principles. Each spacecraft again carries a microwave instrument to track changes in the separation distance. But GRACE-FO also carries something new: a technology demonstration of a laser ranging interferometer (LRI), jointly managed by NASA’s Jet Propulsion Laboratory in Pasadena, California, and the Max Planck Institute for Gravitational Physics (Albert-Einstein Institut) in Hanover, Germany. In addition to transmitting microwaves between each other, the GRACE-FO satellites will shine lasers at each other.

Since the wavelengths in a laser beam are significantly shorter than microwave wavelengths, the laser ranging interferometer will improve the tracking precision of separation changes — just as measuring in millimeters instead of centimeters would be more precise. GRACE-FO’s interferometer will detect changes in distance more than 10 times smaller than what the microwave instrument detects — changes on the order of 100 times narrower than a human hair.

“With GRACE-FO, we’re taking something cutting-edge from the lab and making it ready for space flight,” said Kirk McKenzie, the LRI instrument manager at JPL. “The reason we spend decades working in the lab is to see our technology enable a new type of measurement and result in scientific discoveries.”  The rest of the information regarding GRACE-FO can be obtained here.

GRACE-FO is a partnership between NASA and German Research Centre for Geoscience (GFZ) in Potsdam, Germany. JPL manages the mission for NASA’s Science Mission Directorate. Additional contributors to the laser ranging interferometer include SpaceTech in Immenstaad; Tesat-Spacecom in Backnang, Germany; Ball Aerospace in Boulder, Colorado; iXblue in Saint-Germain-en-Laye, France; the German Aerospace Center (DLR) Institute of Robotics and Mechatronics in Adlershof and Institute of Space Systems in Bremen; Hensoldt Optronics in Oberkochen; Apcon AeroSpace and Defence in Neubiberg/Munich; Diamond USA, Inc., and Diamond SA in Losone, Switzerland; and Airbus Defence and Space in Friedrichshafen.