Space technology group OHB SE’s Italian subsidiary, OHB Italia, was responsible for the launch contract with VEGA and the associated engineering activities. OPTSAT-3000 is an Earth Observation (EO) program for the Italian Ministry of Defence and is comprised of a high-resolution optical satellite and a ground segment for on orbit control, mission planning and the acquisition and processing of images. 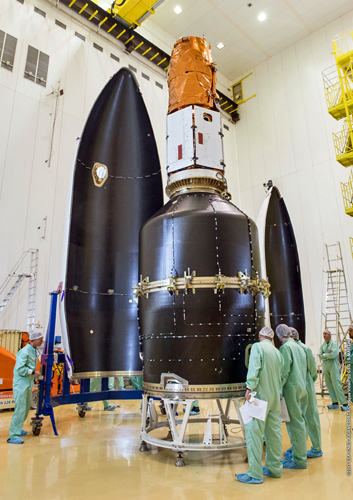 OPTSAT-3000 will allow national defence entities to acquire and use high-resolution images from any part of the globe. The OPTSAT-3000 system will be interoperable with Italy’s second-generation COSMO-SkyMed radar satellites. This will give the Italian Defence Ministry access to state-of-the-art technology, and ensure maximum operational capabilities because of the combined optical and radar data offered by the two systems.

The OPTSAT-3000 system was provided by the prime contractor Telespazio, while the satellite and ground control systems were built by Israel Aerospace Industries (IAI), selected by the Italian Ministry of Defence. OHB Italia was directly contracted by Telespazio. 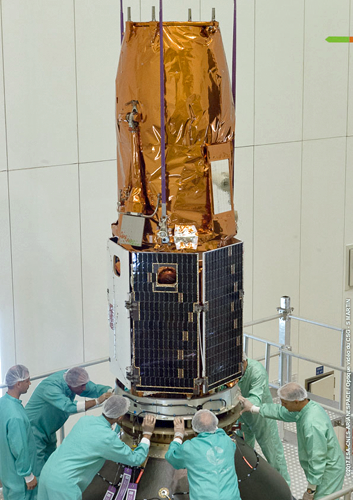 The teamwork involved with the launch preparations at space port Kourou.

Roberto Aceti, the Managing Director of OHB Italia, stated that his company's responsibilities covered all of the launch services aspects and included engineering support directly at the space port. Milan-based OHB Italia contributed substantially by providing a variety of services prior to the launch. These included shipment of the spacecraft and the necessary ground support equipment to the space port, provision of interface rings for mounting the satellite to the launcher and for separating it in orbit, and satellite acceptance tests. Regarding management of the technical interfaces, OHB Italia assured the connection and coherency between launcher and satellite with special focus on environmental loads compatibility and satellite separation. OHB Italia also contributed to the separation system’s design that enabled the safe release of the satellite. Being the formal interface to the customer Arianespace, OHB Italia’s Program Manager acted as Director Mission Satellite during the final chronology of the launch.