North Korea Tests Their Capabilities — + The World — With Their Satellite Launch 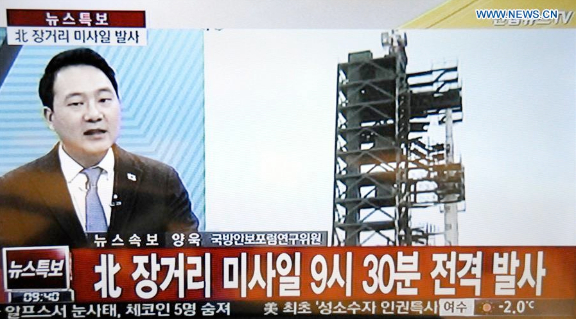 Top DPRK leader Kim Jong Un signed the order to send the satellite into orbit on Saturday and the KCTV disclosed the photos of Kim's signature.

U.S. Strategic Command systems tracked the missile on a southerly route over the Yellow Sea. The launch into space occurred at 7:29 p.m., EST, with North American Aerospace Defense Command determining that at no time was the missile a threat to North America.

“The men and women of Stratcom, NORAD, Northcom and Pacom remain vigilant in the face of North Korean provocations and are fully committed to working closely with our Republic of Korea and Japanese allies to maintain security,” the officials said in a release.