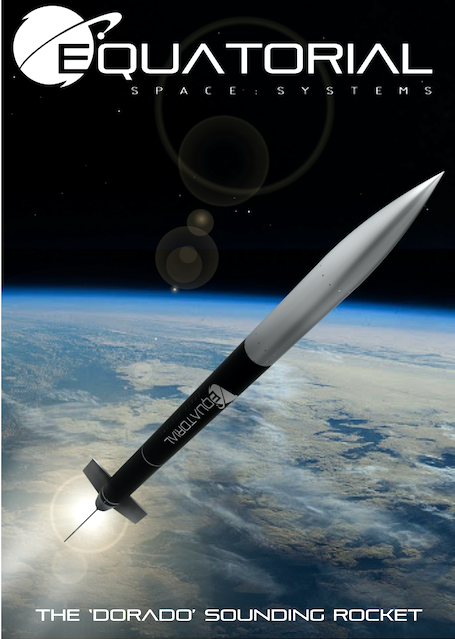 Equatorial Space, of Singapore, has plans to launch a rocket, the Dorado, named after the swordfish constellation, before the end of this year with all considerations for COVID-19 and the situation permitting with work and travel restrictions. This will be Equatorial Space’s second rocket after the Low Altitude Demonstrator.

The Dorado rocket will be the very first, commercial sounding rocket capable of exceeding the Karman Line, the conventional boundary of space, in Southeast Asia. The slender, 6.5m-long rocket will weigh approximately 370 kilograms once ready for its first mission in Quarter 4 this year.

Simon Gwozdz, the CEO of Equatorial Space said that like the SHARP vehicle which they are concurrently working on, the Dorado is not a technological demonstrator. It’s meant to be simple, cost effective, and quick to launch and will not feature a Guidance, Navigation, and Control system.

He continued, the Dorado will be made available in two versions — a single-stage vehicle designed to reach an apogee of 105 kilometers, and a two-stage version capable of reaching altitudes above 200 kilometers. This will provide their clients with approximately three and six minutes of weightlessness respectively.

The pricing of the Dorado missions, as well as the launch locations will be revealed at a later date.

Aiming for the first orbital launch by 2022, ESI has previously been crowned the winner of MBRSC Innovation Cup 2018 in Dubai, a Top 500 Deep Tech Startup by Hello Tomorrow 2018, as well as the Most Promising Startup at the NAMIC Innovation Day 2019.