The space industry is always changing and progressing with new products, concepts and ideas. To this fact the U.S. Patent and Trademark Office has awarded a patent covering unique features of the revolutionary low-Earth-orbit (LEO) satellites that are being brought to market by AST&Science. 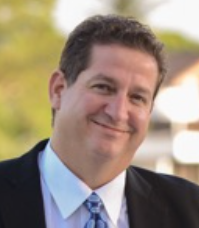 Abel Avellan, CEO and Chairman of AST&Science said that this new U.S. patent is an important milestone and underpins their growing portfolio of intellectual property. The patented features incorporated into their Micron™ LEO satellites will enable an incredible range of commercial, defense and emergency response applications at unprecedented low acquisition costs and speed to market.

The patented technology of the AST&Science satellites will make it possible for the Microns to be manufactured in very high volumes, offering the lowest cost per radiated kilowatt and the largest system gains and spectrum reuse ever achieved in the industry, according to Avellan.

AST&Science last month acquired a controlling interest in NanoAvionics, a European manufacturer and systems integrator of small lightweight satellites. NanoAvionics launched its second satellite in June 2017 under a European Commission atmospheric research program. The satellite utilizes an innovative liquid chemical propulsion system, the first of its kind in the space industry.

Avellan added that with two test satellites already launched and a fast-growing team of more than 50 scientists and engineers, they are well on their way to meet their goal of transforming how LEO satellites are designed, manufactured and used. Their patented features will allow them to support a range of government and commercial space mission capabilities that have until now been impossible.

AST&Science is investing $25 million to build a totally new high-volume facility for mass production of the Micron satellites, partnering with industry leaders in low-cost manufacturing. The company has shortlisted several locations in the U.S. A final site for the plant will be selected very soon, according to Avellan, who said the company may also consider additional manufacturing capacity in Europe.