The influential Institute of Electrical & Electronics Engineers (IEEE) have said that the proposed mega-constellation of SpaceX’s ‘Starlink’ fleet of satellites will generate “hundreds of fragments” when one of the LEO craft fails in space, this information with a new posting by journalist Chris Forrester at Advanced TV.

The IEEE, in its ‘Spectrum’ report, has calculated the risks of an injury or death at 45 percent over a six year period of time. The IEEE is using data and analysis from SpaceX and submitted to the Federal Communications Commission (FCC). 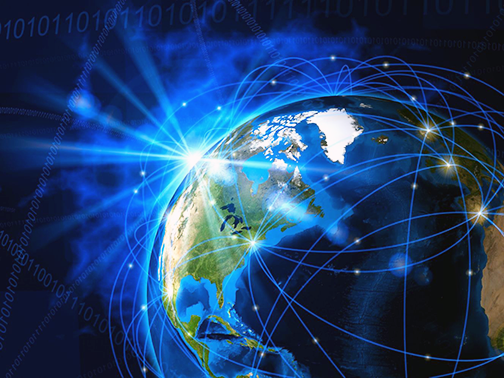 Elon Musk is backing the Starlink constellation of an eventual 12,000 satellites which he hopes will eventually carry around half of the planet’s Internet traffic. Musk’s plan will be achieved in three stages. First will be the launch of 1,584 satellites each at 550 kms high. Another 2825 satellites will follow, but at orbits ranging from between 1100 to 1325 kms. Stage 3 will see a much larger group of satellites, numbering 7,518 and operating in Very Low Earth Orbit at just 340 kms high.

The IEEE describes each satellite as being about the size of a Tesla Model 3, and comprising solar panels, batteries, communications kit and laser gear, plus fuel. Each satellite should last about 6 years, and then fall out of orbit and burn up in the Earth’s atmosphere.

“Except,” as the IEEE states, “some won’t”. SpaceX, in its FCC filing, stated that several kilograms of each Starlink craft could hit the planet. Much of the plant is water, desert or other sparsely populated areas. However, NASA’s Debris Assessment Software calculates that there is — at most — a 1 in 18,200 chance of a fragment hitting someone and just 1 in 10,000 chance of a hit from the Very Low Earth Orbiting craft.

However, more worrying perhaps is that some six years after launch, an average of five satellites a day will fall to Earth, according to the FCC’s calculations. This equates, said the IEEE, to an injury or death about every six years.

SpaceX, in fairness, reminds us that between 62 and 242 meteorites larger than 10 grams — which is quite small — make it to ground level on an average day — and few do any harm. Moreover, with 7.5 billion people on Earth, the risk to any one individual is refreshingly low.

Also posted by Chris at Advanced TV is information that one portion of the $500 million in fresh funding for SpaceX is being derived from Scotland-based investment management firm Baillie Gifford.

Baillie Gifford is also the largest investor (7 percent, and worth some $4.6 billion) in Musk’s Tesla electric car business. The fresh cash places a market value on SpaceX of some $30 billion. SpaceX is not publicly quoted.

This latest move, around the 17th cash-raising exercise made by SpaceX, is reported by the Wall Street Journal as likely to close by year-end. Baillie Gifford is also an investor in Amazon, Alibaba, Facebook, Baidu and Alphabet/Google.

It is reported that the extra funds will go to help Elon Musk bring his Starlink broadband by satellite project to fruition. Investment bank Morgan Stanley said that — if Starlink is successful — such will help drive SpaceX’s valuation to more than $50 billion.