[SatNews] More than $5 billion in revenue growth by 2022 even with current funding challenges.

NSR’s 10th edition of the Government and Military Satellite Communications (GMSC-10) report, just published, projects the industry will generate $5 billion in revenue growth by 2022 primarily from rising transponder and bandwidth demand of UAVs and airborne manned missions. The positive impact of HTS and MEO-HTS services for mobility applications (maritime, aeronautical and land-mobile) as well as comms-on-the-pause, fixed VSATs and bulk leasing, will also play important roles in the market growth. Available here. 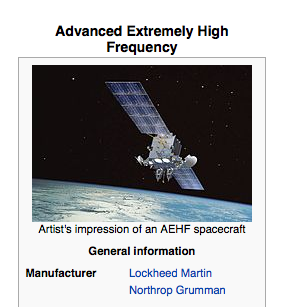 Before a growth phase takes place however, there will be a lull in the coming years, due to government budget cuts and the hit satellite communications will take from the withdrawal of troops from Afghanistan and Iraq. Despite some regional hotspots and the impending strategic shift of the U.S. towards Asia that could drive demand, NSR’s study points to a real dilemma that could negatively impact market growth. “Governments are weighing the fine balance between cost and efficiency with the latter often taking a backseat in times of uncertainty,” states NSR Senior Analyst and report author, Claude Rousseau. “Furthermore, the build-up of proprietary military capacity on top of the incoming onslaught of cheaper commercial HTS and MEO-HTS satellite supply will impact traditional high revenue growth for FSS and MSS operators in the coming decade.”

“There is still a clearly identified need for commercial satellite communications to play an integral part of governments’ future network architectures, for mobility in particular, that will translate into demand for FSS transponders, MSS and HTS/MEO-HTS bandwidth” said Rousseau. “We accept fairly strong growth for aeronautical and UAV platforms, but the crux of the matter for our forecast resides in the industry addressing the needs for ongoing requirements while demonstrating that cost-effective solutions from new systems can bring savings across the board.”

About the Report NSR’s GMSC, 10th Edition study continues a decade of in-depth and highly detailed analysis and forecast of commercial satellite demand for the government and military market as well as introducing another industry first, a demand assessment of emerging Medium Earth Orbit-High Throughput Satellite (MEO-HTS) constellations that will enter into commercial service in 2014.