Cause Of Centenario Carnage Begins Investigation

[SatNews] Inmarsat plc (LSE: ISAT.L) has released an initial update on the launch schedule for their Inmarsat-5 F3 (I-5 F3) satellite following the failure of the preceding Proton Breeze M launch from the Baikonur Cosmodrome in Kazakhstan on Saturday, May 16th. 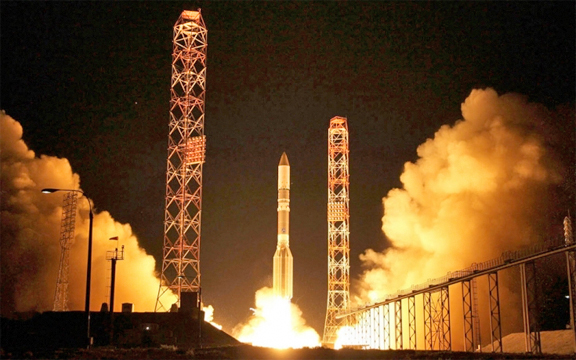 The ILS launch of the Centenario satellite (AKA MEXSAT-1).

According to an announcement by Inmarsat’s launch partner, ILS, the Proton Breeze M rocket carrying the Centenario satellite suffered a disabling anomaly during the operation of the third stage, approximately eight minutes after lift-off, resulting in the loss of the satellite and rocket. A Russian State Commission has begun the process of determining the reasons for the failure. In parallel with the State Commission, ILS will form its own Failure Review Oversight Board, which will review the State Commission’s final report and corrective action plan, in accord with U.S. and Russian government export control regulations.