A year has passed since the launch of NASA's OSIRIS-REx on a mission to return with an asteroid sample. A few days ago the spacecraft made a pass by Earth and relied on the planet to provide an extra boost from Earth's gravity to change its orbital plane. Here's an account of what occurred. 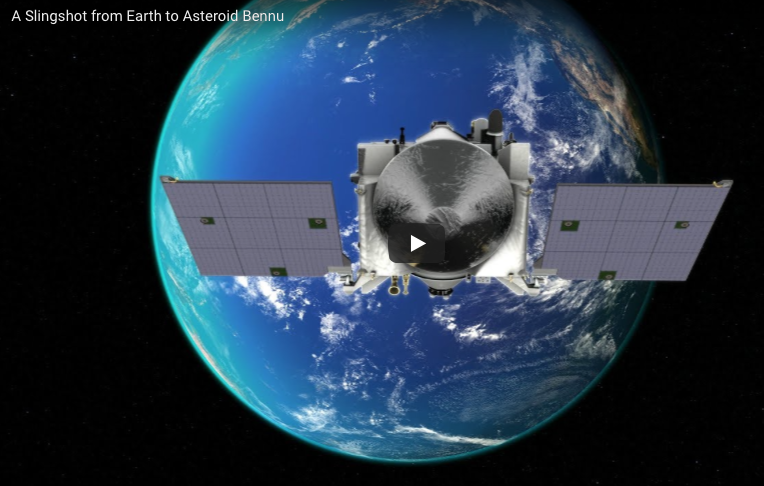 NASA’s asteroid sample return spacecraft successfully used Earth’s gravity on Friday to slingshot itself on a path toward the asteroid Bennu, for a rendezvous next August.

OSIRIS-REx launched from Cape Canaveral Air Force Station in Florida on September 8, 2016, on an Atlas V 411 rocket. Although the rocket provided the spacecraft with the all the momentum required to propel it forward to Bennu, OSIRIS-REx needed an extra boost from the Earth’s gravity to change its orbital plane. Bennu’s orbit around the Sun is tilted six degrees from Earth’s orbit, and this maneuver changed the spacecraft’s direction to put it on the path toward Bennu.

As a result of the flyby, the velocity change to the spacecraft was 8,451 miles per hour (3.778 kilometers per second).

“The encounter with Earth is fundamental to our rendezvous with Bennu,” said Rich Burns, OSIRIS-REx project manager at NASA's Goddard Space Flight Center in Greenbelt, Maryland. “The total velocity change from Earth’s gravity far exceeds the total fuel load of the OSIRIS-REx propulsion system, so we are really leveraging our Earth flyby to make a massive change to the OSIRIS-REx trajectory, specifically changing the tilt of the orbit to match Bennu.” 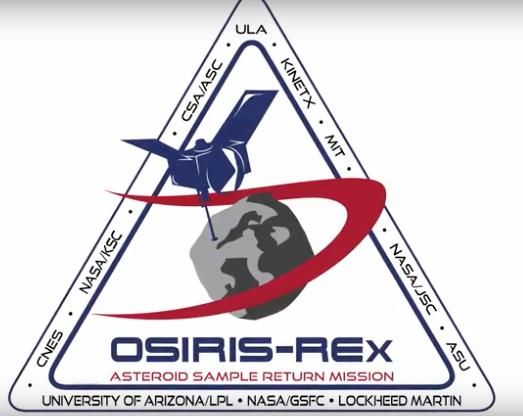 “The opportunity to collect science data over the next two weeks provides the OSIRIS-REx mission team with an excellent opportunity to practice for operations at Bennu,” said Dante Lauretta, OSIRIS-REx principal investigator at the University of Arizona, Tucson. “During the Earth flyby, the science and operations teams are co-located, performing daily activities together as they will during the asteroid encounter.”

The OSIRIS-REx spacecraft is currently on a seven-year journey to rendezvous with, study, and return a sample of Bennu to Earth. This sample of a primitive asteroid will help scientists understand the formation of our solar system more than 4.5 billion years ago.

NASA’s Goddard Space Flight Center provides overall mission management, systems engineering and the safety and mission assurance for OSIRIS-REx. Dante Lauretta of the University of Arizona, Tucson, is the principal investigator, and the University of Arizona also leads the science team and the mission’s science observation planning and data processing. Lockheed Martin Space Systems in Denver built the spacecraft and is providing flight operations. Goddard and KinetX Aerospace are responsible for navigating the OSIRIS-REx spacecraft. OSIRIS-REx is the third mission in NASA’s New Frontiers Program. NASA’s Marshall Space Flight Center in Huntsville, Alabama, manages the agency’s New Frontiers Program for the Science Mission Directorate in Washington.