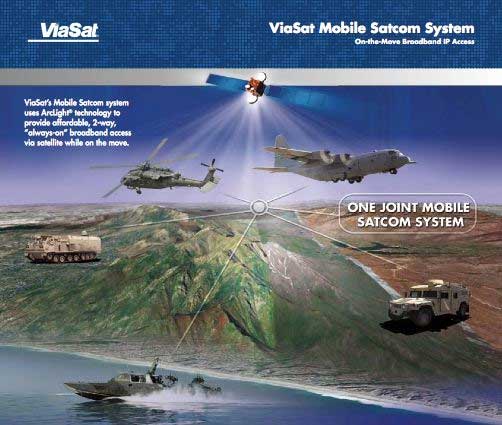 [SatNews] Representatives from the Air Force, Army, Marines, and Special Forces communities experienced a major demonstration... a good one.

In the course of the demonstration the mobile satellite network was configured in a number of different modes showing a variety of forward link and return link bit rates. Configurations included ISR (Intelligence Surveillance and Reconnaissance) operations in which the forward link maintained 4 Mbps and the return link performed at 6 Mbps.

“Achieving this level of satellite system performance in such a small physical package is another important milestone for us and especially for our broadband ISR customers,” said Larry Taylor, deputy GM, ViaSat Global Mobile Broadband. “We didn't anticipate conducting the exercise during a rainstorm, but though that worst case happened, the network performed all day without a single link loss.”

The size, weight, and power envelope of the VR-12 Ka system matches that of its predecessor the VR-12 KuSS terminal, which has hundreds of units fielded. Both systems have the same platform mounting interface for ease of aircraft upgrade.